After a record-breaking start, hugely-buzzed Thugs Of Hindostan got failed to maintain the pace and showed unexpected downtrend at the box office over the 4-days long festive weekend. Although within its opening weekend, the movie has become the 6th highest grosser of the year so far. 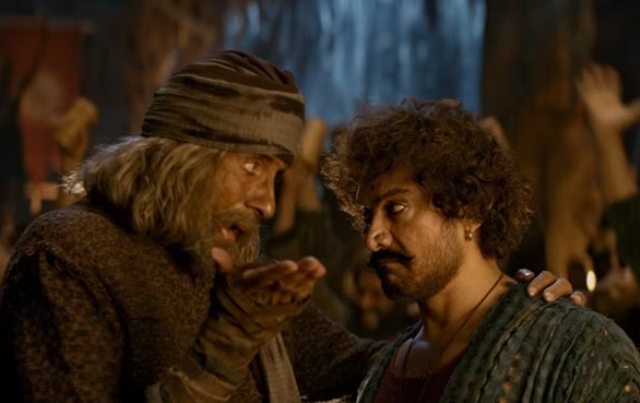 Directed by Vijay Krishna Acharya, Thugs Of Hindostan has received mixed reviews from the critics as well as the audience due to its weak story-line. As a result, it has witnessed a continuous decrease in footfalls over the weekend after the biggest opening of all time in Bollywood.

Amitabh Bachchan, Aamir Khan, Katrina Kaif & Fatima Sana Shaikh starrer this action drama was released on the next day of Diwali (Thursday) amid the huge excitement of fans. As expected, the movie took a humongous start and did the business of 52.25 crores including 50.75 crores from its Hindi version and rest 1.50 crores from the dubbed Tamil & Telugu versions.

On the next day i.e. Sunday, Yash Raj Films’ presentation reported more drop and minted the amount of 18 crores (17.25 crores from Hindi). With this, the total collection of TOH after 4 days, has become 123 crores from 5000 screens nationwide with 119 crores from Hindi & 4 crores from Tamil & Telugu.