Hrithik Roshan, Tiger Shroff, and Vaani Kapoor starrer War is enjoying an exceptional run at the box office since its release. After a grand opening on Wednesday, the movie is getting a super-strong response from the audience nationwide and become the fastest 100-crore grosser of the year so far in Hindi Cinema. 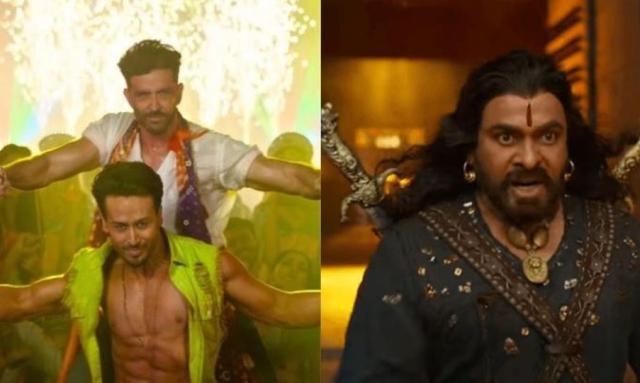 Directed by Siddharth Anand, the Hindi action-thriller has got succeed to create the desired impact on viewers with its thrilling storyline backed by high-octane action & stunts. From critics as well, it has received mostly positive reviews and gathered a solid word of mouth.

On Wednesday, due to high initial buzz and a public holiday of Gandhi Jayanti, War had started its journey at a phenomenal note and registered the biggest opening of all time with 53.35 crores. Afterwards, it had recorded a usual drop in footfalls and minted the amount of 24.35 crores on Thursday & 22.45 crores on Friday.

On the next day i.e. Saturday, Yash Raj Films’ production has picked up well and bagged the amount of 28.70 crores. After 4 days, the total collection of the movie has become 128.85 crores nett at the domestic box office from 4000 screens including 123.60 crores from Hindi & 5.25 crores from Tamil & Telugu versions.

In parallel, the highly-awaited Telugu release Sye Raa Narasimha Reddy has also gained a positive word of mouth and getting a terrific response in the South. But unfortunately in the North, it is not getting the desired response and was opened at a decent note with 2.60 crores only from Hindi version.

After a usual drop in footfalls, Chiranjeevi and Amitabh Bachchan starrer had raked 1.25 crore on Thursday and 1.05 crore on Friday. Then on Saturday, it has recorded a jump and minted 1.20 crore. After 4 days, its total collection has become 6.10 crores nett from 1200 Hindi screens.