Despite mixed reviews from critics as well as the audience, this Friday released Bhaiaji Superhit showed uptrend over the weekend at the box office but overall remained low in numbers. Although, Sunny Deol’s this new offering is performing much better than his last week released Mohalla Assi. 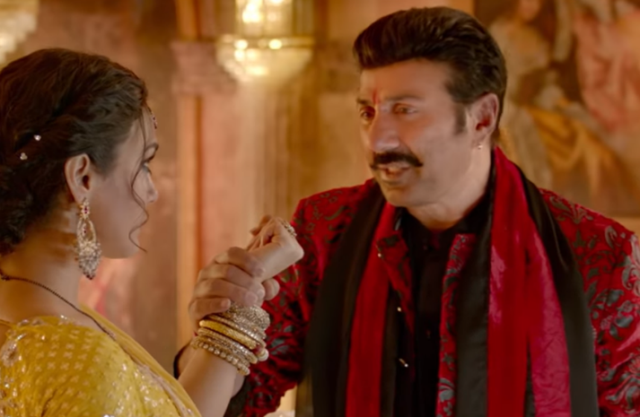 Starring Sunny Deol, Preity Zinta, Arshad Warsi, Shreyas Talpade & Ameesha Patel in lead roles, Bhaiaji Superhit was released with very low buzz due to the limited promotions. The project was made years ago, this is the reason its story-line doesn’t match with the current demand.

On Friday, Neerraj Pathak’s directorial opened on a dull note and registered the business of only 1.20 crores at the end. On Saturday, it took a slight dip and managed to collect the amount of 1.10 crores. On the next i.e. Sunday, the movie minted 2 crores and raised its opening weekend total collection to 4.30 crores.

Bhaiaji Superhit has now entered on weekdays and witnessed an abrupt drop in footfalls due to normal working days. On Monday, it faced a decline of 41.67% than Friday and bagged the amount of 70 crores. With this, its 4 days total collection has become 5 crores at the domestic box office.

Now only 2 more days are left for Zee Studios & Metro Movies’ presentation to show its potential, as the hugely-awaited Hindi-Tamil biggie 2.0 is all set to hit the silver screens on coming Thursday i.e. 29 November 2018.