After passing the opening weekend at a good note, Ayushmann Khurrana’s latest offering co-stars Jitendra Kumar, Neena Gupta, and Gajraj Rao, Shubh Mangal Zyada Saavdhan has recorded a significant drop on Monday. While the same has happened with Vicky Kaushal’s Bhoot: The Haunted Ship as well. 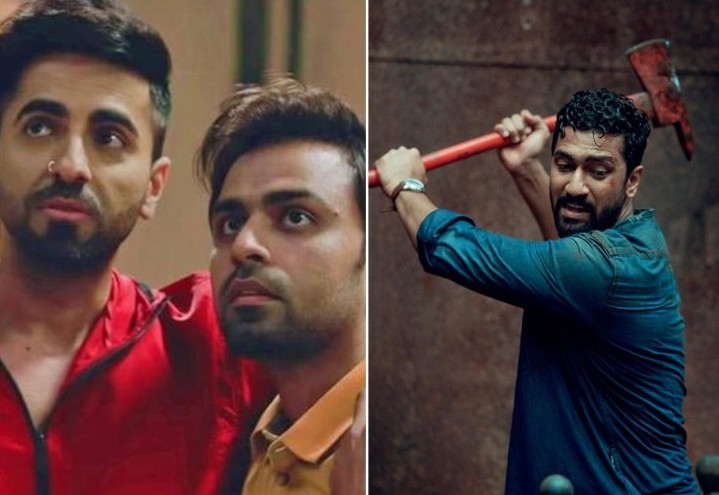 Directed by Hitesh Kewalya, the Hindi comedy-drama based on a gay relationship, Shubh Mangal Zyada Saavdhan has expectedly got succeed to entertain many in theatres and gathered a favourable word of mouth. As a result, it had managed to register Ayushmann’s third-best opening on Friday.

In parallel, Dharma Productions’ first horror franchise Bhoot: Part One –  The Haunted Ship has unfortunately got failed to convince critics because of its weak screenplay. From the audience as well, it is not getting the desired response and has gathered a mixed word of mouth.

In the weekend, at an average note, it had garnered the business of 16.26 crores with 5.10 crores on Friday, 5.52 crores on Saturday & 5.74 crores on Sunday. Then on Monday, due to a normal working day, the film has witnessed a heavy drop and minted 2.32 crores. After 4 days, the film has raised its total collection to 18.68 crores nett.