After a superb opening weekend, the much-awaited adventure comedy Total Dhamaal has entered on weekdays with a strong hold over the audience across India. The film remained solid on single-screens as well as multiplexes and passed its crucial Monday on a good note at the box office. 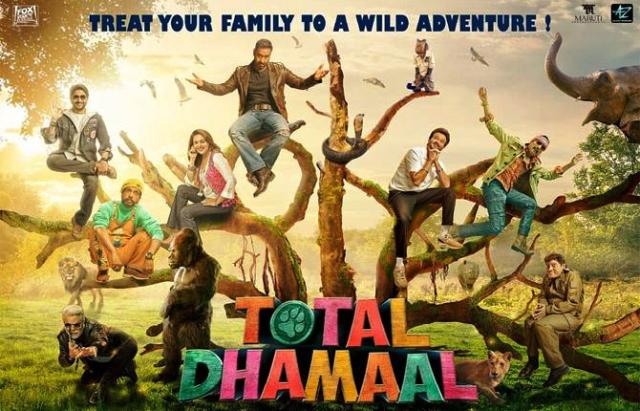 Directed by Indra Kumar, the third instalment of Dhamaal franchise has received mixed reviews from the critics but got succeed to entertain the audience and gathered mostly positive feedback. As a result, it has emerged a hit within 4 days of release.

With this, the total collection of Total Dhamaal after 4 days has become 72.25 crores nett from 3700 screens at the domestic box office. As per the current trend, Fox Star Studios & Reliance Entertainment’s presentation is positively expected to join the 100-crore club by the end of this week.