After grossing over 400 crores worldwide, the mega-blockbuster 2.0 has joined the 100-crore club at the domestic box office with its Hindi version only. Starring two superstars & kings of box office- Rajinikanth & Akshay Kumar, the hugely-awaited magnum opus is reigning all over the country. 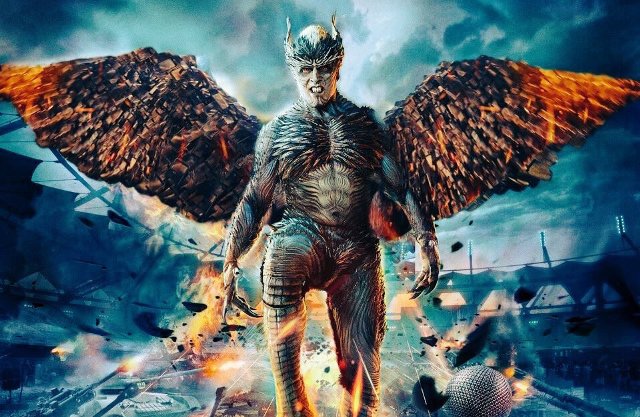 Directed by the very promising S.Shankar, 2.0 has lived up to its humongous expectations and received huge acceptance from the audience globally. For its world-class VFX & relevant content, the movie has received positive reviews from the critics as well and gained a solid word of mouth.

Amid the tremendous buzz, the sequel to 2010’s Enthiran (Robot) was released on November 29 and as expected opened to a record note with its dubbed Hindi version. Over the extended 4-days weekend, it maintained a solid pace and did the business of 97.25 crores with 20.25 crores on Thursday, 18 crores on Friday, 25 crores on Saturday & 34 crores on Sunday.

Now 2.0 has entered on weekdays and still has a strong hold over the audience. On Monday, it faced a drop of 23.61% than Friday and minted the amount of 13.75 crores. With this, the total collection of the movie after 5 days has become 111 crores nett at the domestic box office from 4000+ Hindi screens.

Including its all three versions- Hindi, Tamil & Telugu, Lyca Productions’ presentation has raked the business of total 234 crores in the opening weekend with 64 crores on Thursday, 45 crores on Friday, 56 crores on Saturday & 69 crores on Sunday. On Monday, despite a drop, 2.0 managed to collect 29 crores and raised its 5 days total collection to 263 crores nett / 335 crores gross from 7000 screens.

In the global market as well, Rajinikanth-Akshay starrer is running superbly well and has grossed the business of approx. 449 crores worldwide within 5 days of release, including 114 crores gross from around 2500 screens across overseas.