Finally, after the 5 days of release, superstar Salman Khan’s latest offering Dabangg 3 has joined the 100-crore club at the domestic box office including all the versions. After a strong opening weekend, it has recorded a significant drop in footfalls but now running steadily on weekdays. 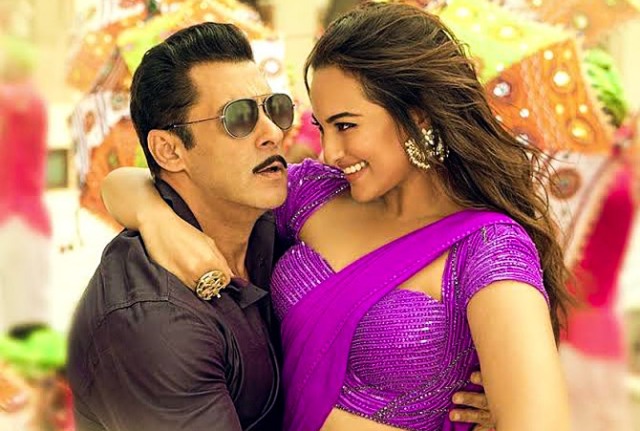 Directed by Prabhu Dheva, the much-awaited action-comedy has got failed to convince all the critics and received mixed reviews. From the audience also, unfortunately, the film is getting mixed reactions but due to the solid star power of Salman Khan, it is maintaining well at the box office.

Dabangg 3 had started the journey at a normal note in the morning due to CAA protests but eventually managed to register the 4th best opening of the year so far. Over the weekend, it showed overall good growth and did the business of 81.15 crores that included 24.50 crores on Friday, 24.75 crores on Saturday & 31.90 crores on Sunday.

Then on weekdays, the third instalment in the Dabangg franchise had entered at a decent note after a big drop and minted the amount of 10.70 crores. On the next day i.e. it has witnessed a decent jump in business and managed to collect the amount of 12 crores.

After 5 days, the total collection of Dabangg 3 has become 103.85 crores nett. With this, it has emerged as the 16th Bollywood film of the year to cross the 100-crore mark. Now on Christmas, the film is expected to recover the loss, that it had faced in the weekend due to CAA protests.