Superstar Akshay Kumar, Kareena Kapoor Khan, Diljit Dosanjh, and Kiara Advani starrer Good Newwz is enjoying a wonderful run at the box office by successfully breaking the spell of Salman Khan’s Dabangg 3. After a solid weekend, it is heading strongly on weekdays as well. 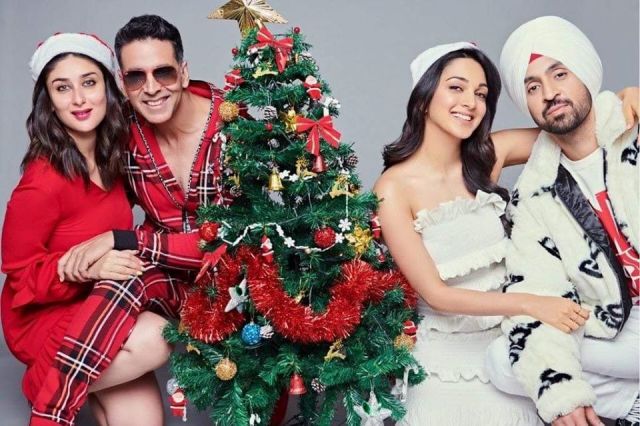 Directed by debutant Raj Mehta, the Hindi comedy-drama has got succeed to entertain everyone in theatres and gathered a good word of mouth. From critics as well as the audience, the film has received positive reactions for its engaging storyline filled with humour & emotions.

Zee Studios’ presentation, Good Newwz was released amid the high excitement of moviegoers and expectedly took an excellent start. Over the weekend, it had picked up strongly and did the business of 64.99 crores that included 17.56 crores on Friday, 21.78 crores on Saturday & 25.65 crores on Sunday.

Produced by Karan Johar, the film is now running on weekdays at a strong note. On Monday, it had recorded a drop of 23.63% vis-a-vis Friday and minted the amount of 13.41 crores. On the next day i.e. Tuesday, being New Year Eve, it has witnessed a good jump in footfalls and managed to collect the amount of 16.20 crores.

After 5 days, the total collection of Good Newwz has become 94.60 nett at the domestic box office from 3100 screens. The film is getting a wonderful response from multiplexes & as per the current trend, it is positively expected to rake around 125 crores by the end of this week.