After a disappointing weekend despite an excellent start, Kartik Aaryan and Sara Ali Khan’s first film together Love Aaj Kal had recorded a heavy decline on Monday which was expected as the film has got a rejection from the audience. While on Tuesday, it has managed to remain steady but at a lower side. 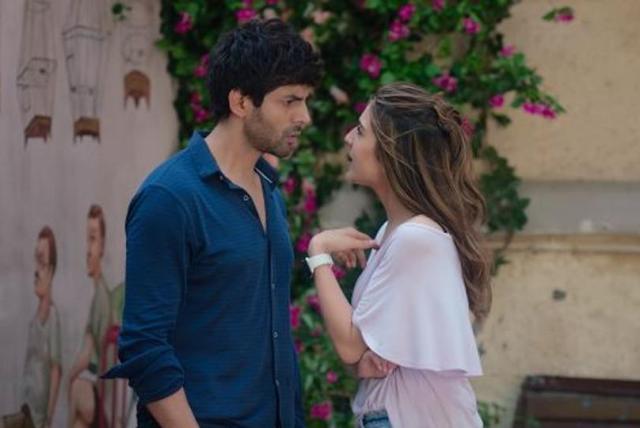 Directed by Imtiaz Ali, the Hindi romantic drama has got failed to impress critics and received mixed reviews from them because of its unconvincing screenplay. Among the audience as well, it hasn’t created the desired impact and gathered unfavourable word of mouth.

As a result, Love Aaj Kal had raked the business of only 28.51 crores in the weekend despite a solid opening of 12.40 crores on Friday, which is the best of Kartik Aaryan’s career so far. On Saturday, it had faced a sudden drop in footfalls and did the business of 8.01 crores, while on Sunday, it had collected 8.10 crores.

Dinesh Vijan and Imtiaz Ali’s production is now running on weekdays and had managed to collect 2.75 crores on Monday after a drop of 65.67% vis-a-vis Saturday. Then on Tuesday, with a slight further decline, it has minted the amount of 2.25 crores and raised 5 days total collection to 33.51 crores nett at the domestic box office.

Looking at the previous record, in 2009, Saif Ali Khan and Deepika Padukone starrer Love Aaj Kal had scored 27.86 crores nett in its first weekend and that too after the opening of 8.09 crores.