After a rocking opening weekend, the first Hindi space film Mission Mangal has entered on weekdays at a good note despite a significant drop in footfalls and finally joined the 100-crore club within just 5 days of release. While on the other hand, action-thriller Batla House is running decently but lagging behind by a huge margin. 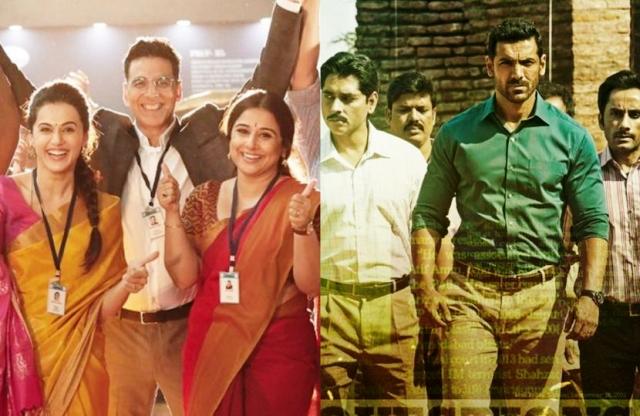 Superstar Akshay Kumar, Vidya Balan, Sonakshi Sinha, Taapsee Pannu, Kirti Kulhari, Nithya Menen & Sharman Joshi starrer has expected got succeed to impress almost everyone and gathered a solid word of mouth. As a result, it had registered the second-biggest opening of the year so far in Bollywood on Thursday.

The adjacent Hindi release, John Abraham & Mrunal Thakur starrer Batla House has also received mostly positive reviews from critics as well as the audience and gained a good word of mouth, but still, the clash with Mission Mangal has caused a heavy dent in its business.