Despite being appreciated by many critics for its unusual story, Ek Ladki Ko Dekha Toh Aisa Laga is lagging behind the previous releases at the box office. Unfortunately, it got failed to take required growth over the weekend and also struggling to attract the audience toward theatres on weekdays. 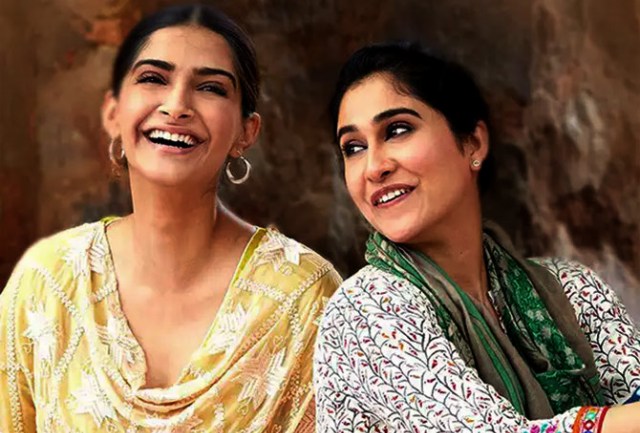 Anil Kapoor, Sonam Kapoor, Juhi Chawla & Rajkummar Rao starrer Hindi romantic drama has received mostly positive reviews from the critics but still remain the third choice for the viewers after Uri The Surgical Strike & Manikarnika. The existing offerings are getting a far better response than it at the box office.

Directed by Shelly Chopra Dhar, Ek Ladki Ko Dekha Toh Aisa Laga was released on Friday amid normal buzz due to lack of promotions and took a slow start. Over the weekend, it recorded a decent growth and raked the business of 13.53 crores which included 3.30 crores on Friday, 4.65 crores on Saturday & 5.58 crores on Sunday.

Now the film is running on weekdays and its dropping numbers clearly show the rejection. On Monday, Fox Star Studios’ presentation faced a drop of 42.43% than Friday and minted 1.90 crores. Then on the next day i.e. Tuesday, with a further decline, it bagged the amount of 1.71 crores and raised 5 days total collection to 17.14 crores at the domestic box office.

After Fanney Khan, Anil Kapoor & Rajkummar Rao’s second collaboration is also crashing down within a week at the box office. This one wasn’t expected to perform in such a disappointing way because the feedback was overall positive.