Introducing Sunny Deol’s son Karan and Sahher Bambba, Pal Pal Dil Ke Paas has witnessed a significant drop in footfalls in weekdays after a decent opening weekend. Although, it is still leading over the other two adjacent releases- Prassthanam and The Zoya Factor. 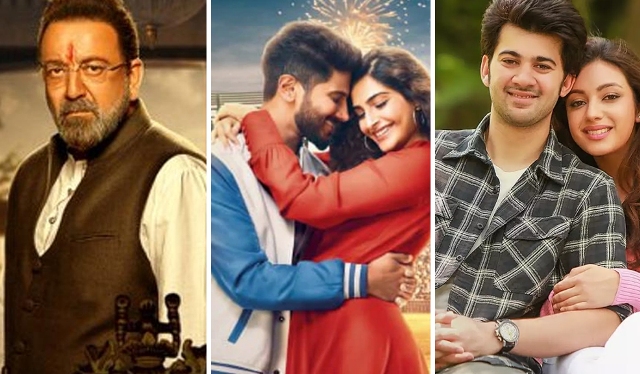 Directed by Sunny himself, the Hindi romantic drama has unfortunately got failed to convince all the viewers and received a mixed word of mouth. In the weekend, it showed an uptrend and did the business of 4.15 crores that included 1.15 crore on Friday, 1.35 crore on Saturday & 1.65 crores on Sunday.

Pal Pal Dil Ke Paas is now running in weekdays with a decent hold over the audience. On Monday, after a drop of 47.83% vis-a-vis Friday, it had minted 0.60 crore. On the next day i.e. Tuesday, the film managed to collect 0.55 crore and raised its 5 days total collection to 5.30 crores nett at the domestic box office.

On the other hand, Sanjay Dutt starrer Prassthanam has also got mixed reactions and did the business of 2.75 crores in the weekend. On weekdays, after a usual drop, it managed to collect 0.45 crore on Monday & 0.40 crore on Tuesday. After 5 days, its total collection has become 3.60 crores nett.

In parallel, Sonam Kapoor and Dulquer Salmaan starrer The Zoya Factor had raked the business of 2.30 crores in the weekend with a mixed word of mouth. On weekdays, it has got dropped badly and minted 0.20 crore on Monday & 0.15 crore on Tuesday. After 5 days, its total collection has become 2.65 crores nett.