Despite a good opening weekend, Ayushmann Khurrana and Jitendra Kumar starrer Shubh Mangal Zyada Saavdhan has recorded a significant drop in footfalls on weekdays. While the adjacent release, Vicky Kaushal and Bhumi Pednekar starrer Bhoot: Part One – The Haunted Ship is struggling at the box office. 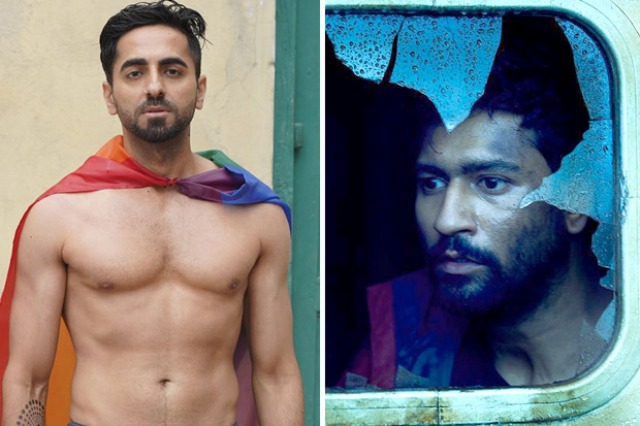 Produced by Aanand L Rai and Bhushan Kumar, the Hindi comedy-drama Shubh Mangal Zyada Saavdhan has expectedly entertained many in theatres and gathered a favourable word of mouth. As a result, it had raked the business of 32.66 crores in the weekend that included 9.55 crores on Friday, 11.08 crores on Saturday & 12.03 crores on Sunday.

On Monday, Hitesh Kewalya’s directorial had faced a higher drop than expected and minted the amount of 3.87 crores. Then on Tuesday, with a further decline, the film has managed to collect 3.07 crores and raised its 5 days total collection to 39.60 crores nett at the domestic box office.

On the other hand, Dharma Productions’ presentation Bhoot: The Haunted Ship has unfortunately got failed to convince many critics and gathered a mixed word of mouth. At an average note, it had garnered the business of 16.36 crores in the opening weekend with 5.10 crores on Friday, 5.52 crores on Saturday & 5.74 crores on Sunday.

On Monday, Bhanu Pratap Singh’s directorial had bagged the amount of 2.32 crores after a heavy drop in footfalls due to unfavourable response. Then on Tuesday, the film has managed to score 2.10 crores and raised 5 days total collection to 20.78 crores nett.