Despite last week’s Shubh Mangal Zyada Saavdhan and Bhoot: The Haunted Ship, the new Hindi offering Thappad had managed to register an overall good opening weekend at the box office. But on weekdays, unexpectedly, it has faced a significant drop in footfalls across the country including metros cities. 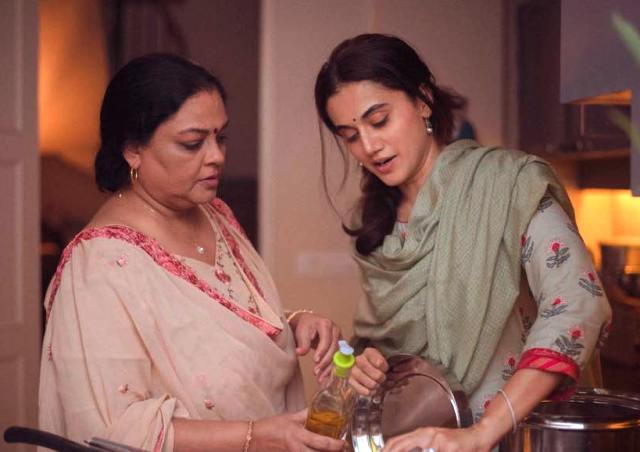 Starring Taapsee Pannu, Pavail Gulati, Dia Mirza, Ratna Pathak Shah, and Kumud Mishra, the female-oriented drama film has got succeed to impress critics and received positive reviews. From the audience as well, it has got favourable reactions for its strong content backed by the solid performances.

On the opening day, Thappad had started the journey at a slow note in the morning but eventually raked a decent business of 3.07 crores. Over the weekend, the film had recorded a good jump and minted the amount of 5.05 crores on Saturday and 6.54 crores on Sunday.

Then on weekdays, Anubhav Sinha’s directorial had witnessed a higher decline than expected vis-a-vis Friday and bagged the amount of 2.26 crores on Monday. On the next day i.e. Tuesday, the film has managed to remain steady and scored 2.21 crores.

After 5 days, the total collection of Thappad has become 19.13 crores nett at the domestic box office. Earlier, Bhushan Kumar and Anubhav Sinha’s production was expected to remain decent on weekdays but unfortunately, it is heading at a low pace.