The last major release of the year 2019, Good Newwz has finally joined the 100-crore club at the domestic box office within 6 days. With this, it has become the 14th Hindi film of superstar Akshay Kumar and 18th of the year to cross this mark. Despite the biggie Dabangg 3 in the opposite, it is heading strongly across the country. 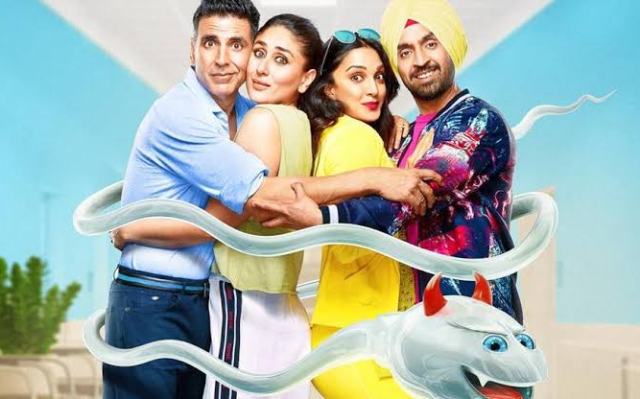 Bankrolled by Karan Johar, the Hindi comedy-drama has expectedly got succeed to entertain everyone in theatres and gathered a good word of mouth. From critics as well as the audience, it has received positive reviews and marked as the biggest family entertainer of the year.

Amid the high excitement of moviegoers, Good Newwz was opened at an excellent note and had registered the 11th best opening of 2019. Over the weekend, it took a healthy jump and did the business of 64.99 crores that included 17.56 crores on Friday, 21.78 crores on Saturday & 25.65 crores on Sunday.

Debutant Raj Mehta’s directorial is now running on weekdays and still has a very good hold over the audience. On Monday, it had faced a drop of only 23.63% vis-a-vis Friday and bagged the amount of 13.41 crores. On Tuesday, the film had recorded a fantastic new year eve and minted 16.20 crores.

On the next day i.e. Wednesday, Good Newwz has witnessed further growth and managed to score 22.50 crores on board. After 6 days, its total collection has become 117.10 crores nett from 3100 screens nationwide. Now the film is all set to go past 125 crores by the end of this week.