Superstar Akshay Kumar’s second offering of the year after the superhit Kesari, Mission Mangal has already emerged as a hit at the box office within just 6 days of release and also become his 8th highest grosser by surpassing the lifetime total of 2012’s Housefull 2 (114 crores). 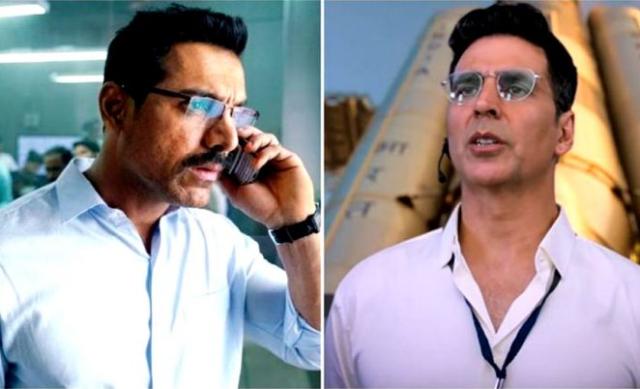 Directed by Jagan Shakti, the first Hindi space film has got succeed to impress almost everyone and gathered a solid word of mouth. As a result, it had raked a fantastic business of 97.56 crores in the 4-days extended weekend that included 29.16 crores on Thursday, 17.28 crores on Friday, 23.58 crores on Saturday & 27.54 crores on Sunday.

Fox Star Studios’ presentation Mission Mangal is now running on weekdays and still has a good hold over the audience. On Monday, it had recorded a drop of 48.44% vis-a-vis Friday and minted 8.91 crores. On Tuesday, with a further decline, the film has bagged 7.92 crores and raised its 6 days total collection to 114.39 crores nett.

On the other hand, the adjacent Hindi release Batla House has also received mostly positive reviews from critics as well as the audience and gained a good word of mouth. Due to clash, it had remained underperformed in the weekend and did the business of 47.99 crores with 15.55 crores on Thursday, 8.84 crores on Friday, 10.90 crores on Saturday & 12.70 crores on Sunday.

John Abraham and Mrunal Thakur starrer action thriller is now running on weekdays and had garnered the business of 5.05 crores on Monday after a drop of 42.87% vis-a-vis Friday. On the next day i.e. Tuesday, Nikkhil Advani’s directorial has managed to collect 4.78 crores and raised 6 days total collection to 57.82 crores nett.