The new Hindi multi-starrer comedy film Pagalpanti is running at an average note at the box office since its release. Unfortunately, it has got failed to create the desired impact on viewers and as a result, getting dull response across the country. While the Hollywood offering Frozen 2 is performing very well in India. 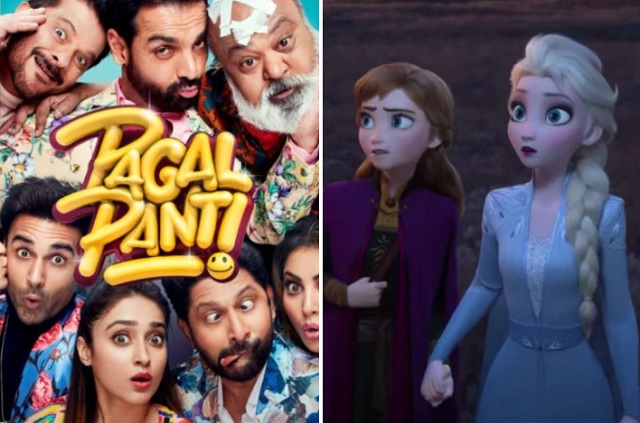 Despite a healthy budget, Pagalpanti was released amid the low buzz and had registered a dull opening. Over the weekend, it had remained under-performed and did the business of 19.50 crores in the first 3 days that included 4.75 crores on Friday, 6.50 crores on Saturday & 8.25 crores on Sunday.

Anees Bazmee’s directorial is now running on weekdays and after a significant drop in footfalls, it had minted the amount of 2.50 crores on Monday & 2.30 crores on Tuesday. On the next day i.e. Wednesday, it has managed to collect 2.05 crores and raised 6 days total collection to 26.35 crores nett at the domestic box office.