The latest offering of Tiger Shroff co-starring Shraddha Kapoor and Riteish Deshmukh, Baaghi 3 is performing very well at the box office despite a mixed word of mouth. After an excellent opening weekend, it is heading at a good note on weekdays and has already emerged as the 2nd highest grosser of the year so far. 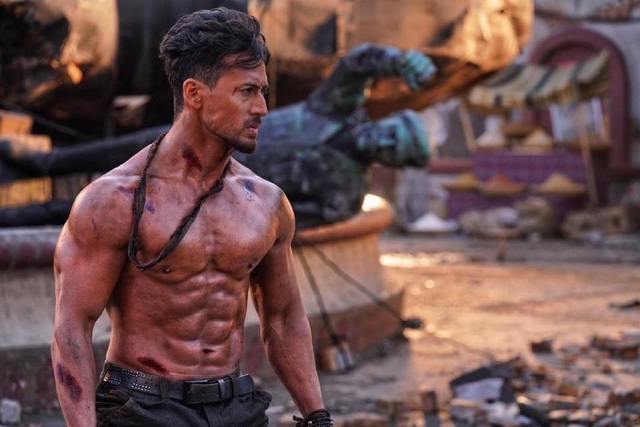 Directed by Ahmed Khan, the Hindi action-thriller hasn’t created the desired impact on critics and received mixed reviews because of an unimpressive storyline. From the audience as well, it has got mixed reactions but still getting an overall good response at the box office.

On the first day, Baaghi 3 was opened at a decent note in the morning and eventually after a good jump post noon shows, it had registered the best opening of the year. Over the weekend, it had picked up well and raked the business of 53.83 crores that included 17.50 crores on Friday, 16.03 crores on Saturday & 20.30 crores on Sunday.

Then on weekdays, Sajid Nadiadwala’s production had witnessed a significant drop of 48.23% in footfalls vis-a-vis Friday and did the business of 9.06 crores. On Tuesday due to Holi festival, the film took a healthy jump and managed to collect the amount of 14.05 crores.

On the next day i.e. Wednesday, Baaghi 3 has got dropped by 11.37% vis-a-vis Monday and minted the amount of 8.03 crores. After 6 days, its total collection has become 84.97 crores nett at the domestic box office from 4400 screens. The film is all set to have a week of more than 90-crores.