This Thursday released, the two Tamil biggies Petta & Viswasam are getting a terrific response from the audience in Tamil Nadu. Both the action entertainers have got succeed to entertain many in theaters and gathered positive word of mouth. As a result, running phenomenally at the box office. 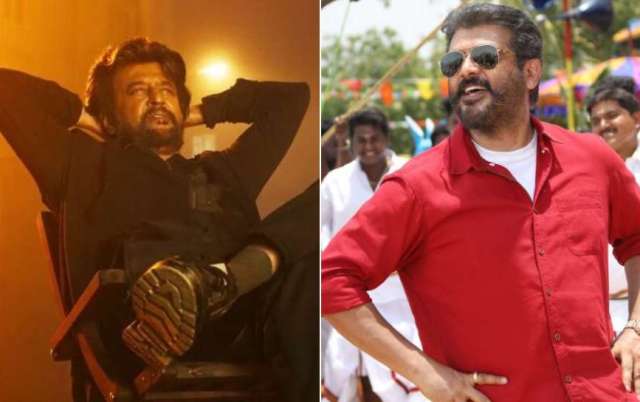 Superstar Rajinikanth starrer action drama Petta has received mostly positive reviews from the critics as well as the audience. It opened on an earth-shattering note in Tamil Nadu and by remaining super-strong throughout the opening weekend, it did the business of 38 crores which included 13 crores on Thursday, 9 crores on Friday, 7.25 crores on Saturday & 8.75 crores on Sunday.

Karthik Subbaraj’s directorial is now running on weekdays and still getting an excellent response. On Monday, it raked the business of 7 crores. While on Tuesday, it managed to collect 6.50 crores and raised 6 days total collection to 51.50 crores from around 500 screens across the Tamil state.

The parallel-running superstar Ajith Kumar starrer action mystery Viswasam has unexpectedly received mixed reviews from the critics but leading over Petta at the TN box office due to tremendous audience support. In the extended opening weekend, it registered the business of 42.75 crores with 15.50 crores on Thursday, 10 crores on Friday, 8 crores on Saturday & 9.25 crores on Sunday.

Now on weekdays as well, Siva’s directorial is running steadily. On Monday, it collected the amount of 7.50 crores, while on Tuesday, the film managed to rake 6.75 crores. With this, its 6 days total collection has become 57 crores from 525 screens across Tamil Nadu.