After a phenomenal opening weekend, Ayushmann Khurrana, Nushrat Bharucha, and Manjot Singh starrer Dream Girl has remained super-strong on weekdays and passed a week at a fantastic note. Within 7 days of release, it has surpassed the lifetime total of Student Of The Year 2 (70.18 crores) and aiming towards the 100-crore mark by the end of its second week. 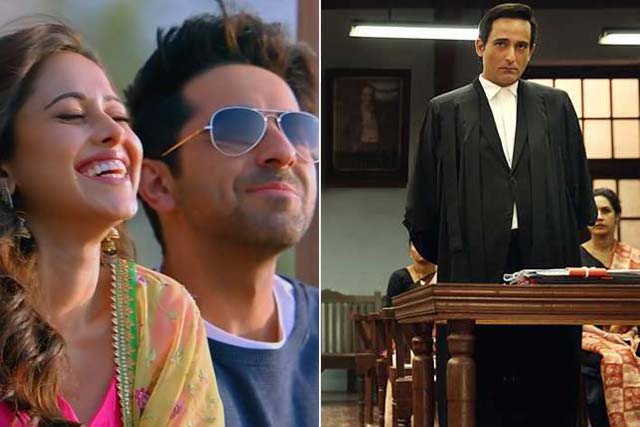 Directed by Raaj Shaandilya, the Hindi comedy-drama has expectedly got succeed to entertain many in theatres and gathered a solid word of mouth. As a result, it had shown huge growth over the weekend and did the business of 44.57 crores that included 10.05 crores on Friday, 16.42 crores on Saturday & 18.10 crores on Sunday.

Then on weekdays as well, Dream Girl has successfully maintained a solid pace and minted 7.43 crores on Monday, 7.40 crores on Tuesday & 6.75 crores on Wednesday. On the next day i.e. Thursday, the film has managed to collect 6.05 crores and raised one week total collection to 72.20 crores nett at the domestic box office.

On the other hand, the adjacent release Akshaye Khanna and Richa Chadha starrer Section 375 has also received mostly positive reviews and did a good business in the opening weekend despite a slow start. In the first 3 days, it had raked 8.04 crores with 1.45 crores on Friday, 3.07 crores on Saturday, and 3.52 crores on Sunday.

On weekdays, Ajay Bahl’s directorial courtroom-drama has witnessed a usual drop in footfalls but still remained steady and bagged the amount of 1.27 crore on Monday, 1.18 crore on Tuesday & 1.09 crore on Wednesday. On the next day i.e. Thursday, the film has garnered the business of 0.91 crore and raised its 7 days total domestic collection to 12.49 crores nett.