The first ever movie of superstar Rajinikanth & Akshay Kumar together, 2.0 has received solid acceptance from the audience worldwide and running terrifically at the box office since its release. On a solid note, the movie has grossed over 500 crores globally from 10500 screens including all the versions. 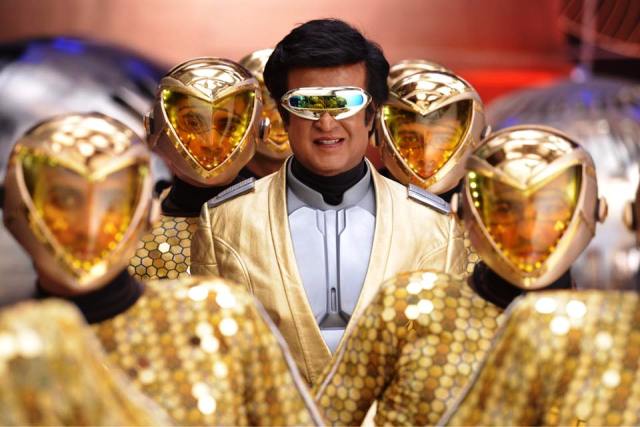 Directed by S.Shankar, the sci-fi action thriller 2.0 got succeed to hit the target right and already become mega-blockbuster. For its world-class VFX & relevant story, the movie has received positive reviews from the critics as well as the audience and gained a solid word of mouth.

With its Hindi version only, Dharma Productions & AA Films’ presentation opened on a tremendous note and since then maintaining a strong pace. Over the 4-days extended opening weekend, it did the business of 97.25 crores with 20.25 crores on Thursday, 18 crores on Friday, 25 crores on Saturday & 34 crores on Sunday.

Including its all three versions- Hindi, Tamil & Telugu, the sequel to 2010’s Enthiran is running phenomenally. The movie has done the business of 309 crores nett (394 crores gross) nationwide from around 7000 screens, that included 234 crores in the 4-days weekend, 29 crores on Monday, 25 crores on Tuesday & 21 crores on Wednesday.

In the international market as well, 2.0 is performing excellently and has grossed approx. 521 crores globally including 127 crores gross from 2500+ screens in overseas.