After a phenomenal extended weekend, Hrithik Roshan and Tiger Shroff starrer War has remained super strong on weekdays and completed a week at a massive note. Within 9 days of release, the biggest Hindi action thriller has registered a fantastic business of around 239 crores and come close to Uri The Surgical Strike (244.33 crores). 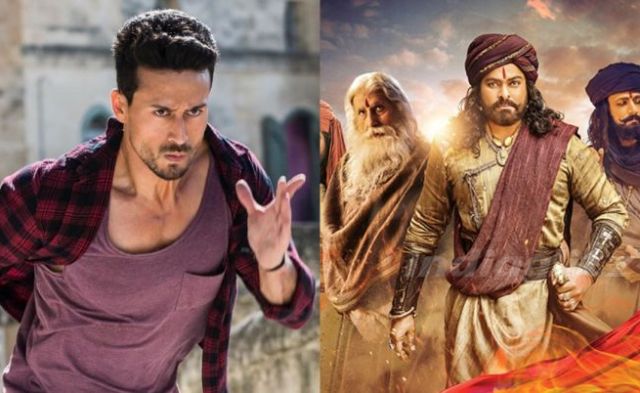 Produced by Yash Raj Films, War has got succeed to hit the target right and created the desired impact on viewers. From critics as well, it has received mostly positive reviews and gathered a solid word of mouth. As a result, the film had started its journey at an exceptional note and emerged as the biggest opener of all time in Hindi Cinema.

In parallel, the highly-awaited Telugu release Sye Raa Narasimha Reddy is performing wonderfully in the South but unfortunately struggling in the North with its Hindi version. In the opening weekend, it had collected 7.50 crores with 2.60 crores on Wednesday, 1.25 crore on Thursday, 1.05 crore on Friday, 1.20 crore on Saturday & 1.40 crore on Sunday.

Then on weekdays, Chiranjeevi & Amitabh Bachchan has got dropped significantly and minted the amount of 0.75 crore on Monday, 1 crore on Tuesday, 0.50 crore on 2nd Wednesday & 0.35 crore on 2nd Thursday. After 9 days, the total collection of the film has become 10.10 crores nett from 1200 screens.