The second instalment in the franchise begun in 2012 with Student Of The Year has passed the opening week at a decent note despite a good start. Student Of The Year 2 has now entered in its second week and recorded heavy drop in footfalls due to the release of Ajay Devgn’s much-awaited romantic comedy De De Pyaar De. 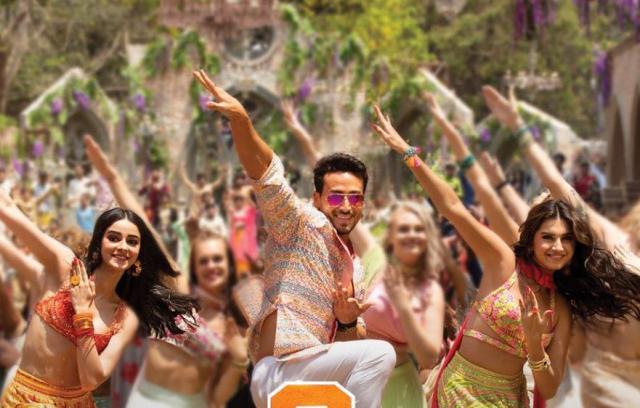 Produced by Karan Johar & Fox Star Studios, the Hindi teen drama hasn’t got succeed to impress many critics and received mixed reviews. Still, it witnessed enough support of the youth audience and did the business of 57.90 crores in the first week that included 38.83 crores in the weekend & 19.07 crores on weekdays from 3100 screens nationwide.

Student Of The Year 2 is now running the second weekend with a slow pace due to having the much-awaited De De Pyaar De in the opposite. On 2nd Friday, the film recorded a heavy drop of 59.70% as compared to the previous day and minted the amount of 1.62 crores.

On the next day i.e. 2nd Saturday, Punit Malhotra’s directorial took a decent jump of 38.89% vis-a-vis 2nd Friday and managed to collect the amount of 2.25 crores. After 9 days, the total collection of SOTY 2 has become 61.77 crores nett at the domestic box office.

As per the current trend, Student Of The Year 2 doesn’t seem to take a significant jump on 2nd Sunday and it is likely to rake around 64.50 crores nett by the end of this weekend.