After an under-performed opening week, superstar Shahrukh Khan’s much-awaited film Zero is now struggling to divert enough audience toward itself in theatres after the release of Ranveer Singh’s Simmba which is running successfully. Co-starring Anushka Sharma & Katrina Kaif, the film is still away from the 100-crore mark at the domestic box office. 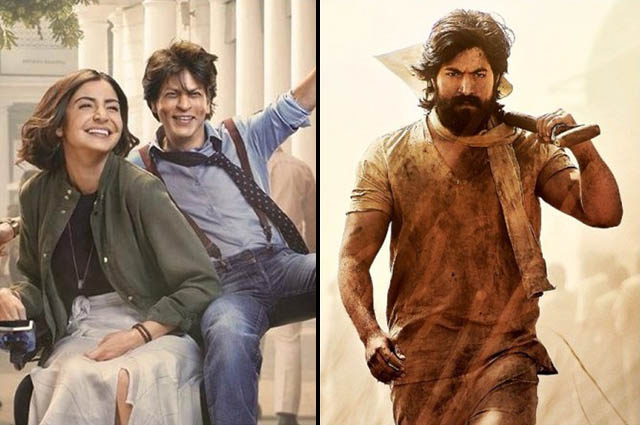 Directed by the very promising Aanand L. Rai, Zero was expected to break records but unfortunately, it got failed to hit the target right. In the opening week, it did the business of 90.07 crores which included 59.07 crores in the weekend and 31 crores on weekdays from 4380 screens nationwide.

Now Red Chillies Entertainment’s production is running in the second weekend and has new arrival Simmba in the opposite along with last week’s KGF. On 2nd Friday, the film witnessed a major drop and minted only 1 crore. Then on 2nd Saturday, with a limited jump, Zero bagged 1.25 crores and raised 9 days total domestic collection to 92.32 crores.

On the other hand, Kannada magnum opus KGF is performing phenomenally even in the north with its dubbed Hindi version. Superstar Yash starrer period action drama did the business of 21.45 crores in the first week which included 12.10 crores in the weekend and 9.35 crores on weekdays from 1500 screens.

Now in the second weekend, Prashanth Neel’s directorial has recorded a significant drop due to Simmba but still has a good hold. On 2nd Friday, KGF (Hindi) minted 1.25 crore from 780 screens. Then on 2nd Saturday, with decent growth, it minted 1.75 crores and raised 9 days total collection to 24.45 crores.