After a terrific opening weekend, musical fantasy Aladdin has remained steady on weekdays and completed a week at a good note despite having several new Hindi films in its parallel. This is not the first time when a Hollywood film has dominated all the Hindi offerings present at the Indian box office. 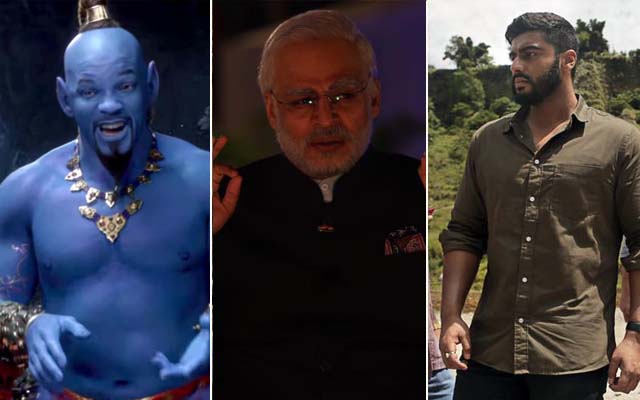 The live-action adaptation of Disney’s 1992 animated film with the same title, Aladdin has got succeed to entertain many in theatres and received positive reviews. As a result, it did the business of 18.50 crores in the weekend that included 4.25 crores on Friday, 6.50 crores on Saturday & 7.75 crores on Sunday.

Then on weekdays also, Will Smith, Mena Massoud & Naomi Scott starrer remained steady and minted the amount of 3.75 crores on Monday, 3.30 crores on Tuesday, 2.90 crores on Wednesday & 2.60 crores on Thursday. After a week, its total collection has become 31.05 crores nett (36.97 crores gross) from Indian screens.

While the Hindi thriller drama India’s Most Wanted had got failed to convert positive reviews into good numbers. It did the business of only 8.66 crores in the weekend. Then on weekdays, it collected 1.60 crores on Monday, 1.30 crore on Tuesday, 1.05 crore on Wednesday & 0.75 crore on Thursday; raised one week total to 13.36 crores.

On the other hand, Hindi biographical drama PM Narendra Modi has managed to rake a decent business despite mixed reviews. In the weekend, it did the business of 11.76 crores. On weekdays, it bagged 2.41 crores on Monday, 2.02 crores on Tuesday, 1.71 crores on Wednesday & 1.31 crore on Thursday; raised one week total to 19.21 crores.