The much-anticipated cyberpunk action American movie Alita Battle Angel was released this Friday and as expected registered a higher start than the sun of all new Hindi offerings at the box office across India. It has shown good growth over the opening weekend due to positive word of mouth. 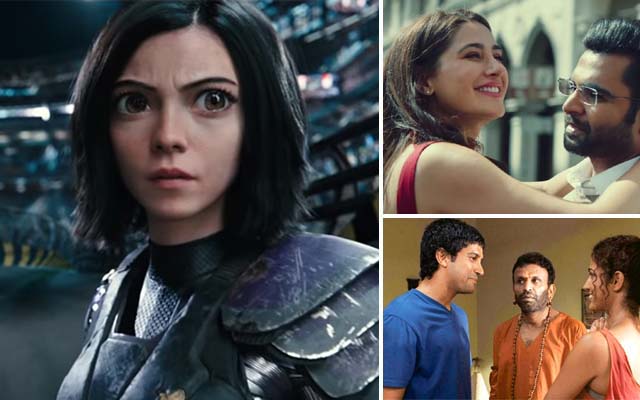 From the makers of cinematic marvels Titanic & Avatar, this Hollywood presentation has got succeed to impress many in theatres worldwide. In India also, it has got a good response from the fans as well as the audience in metro cities despite having a bunch of new Hindi movies in the opposite.

On Friday, Alita Battle Angel opened on an average note but managed to register a decent total of 2.10 crores. Then over the weekend with significant growth in footfalls, it bagged the amount of 2.85 crores on Saturday & 3.15 crores on Sunday. With this, its opening weekend total collection has become 8.10 crores nett from English, Hindi, Tamil & Telugu screens nationwide.

On the other hand, Nargis Fakhri & Sachiin Joshi starrer horror-thriller Amavas has got failed to convince all the critics and received mixed reviews. After a poor start, it remained almost flat throughout and has done the business of 2 crores in the weekend which included 0.60 crore on Friday, 0.70 crore on Saturday & 0.70 crore on Sunday.

In parallel, the other Hindi movie, Farhan Akhtar & Annu Kapoor starrer The Fakir of Venice has also received mixed reactions and registered the business of only 0.75 crore in the opening weekend with 0.20 crore on Friday, 0.25 crore on Saturday & 0.30 crore on Sunday.