The much-anticipated Hollywood offering Alita: Battle Angel has expectedly gathered positive feedback from the viewers but still the box office numbers in India are not that great. Even though, at the Indian box office, it is leading over all the new Hindi offerings with a good gap. 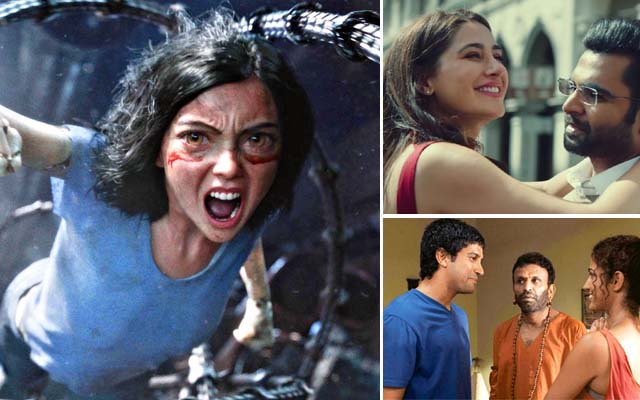 From the makers of cinematic marvels- Titanic & Avatar, the cyberpunk action American film has received mostly positive reviews from the critics but remained under-performed throughout the opening weekend and did the business of 8.10 crores with 2.10 crores on Friday, 2.85 crores on Saturday & 3.15 crores on Sunday.

On weekdays, Alita: Battle Angel recorded a significant drop and managed to collect the amount of 1.20 crore on Monday & 1 crore on Tuesday. On the next day i.e. Wednesday, with a further decline, it bagged the amount of 0.90 crore and raised 6 days total collection to 11.20 crores nett from English, Hindi, Tamil & Telugu versions.

In parallel, the Hindi offering Amavas has got failed to impress all the critics and registered the business of only 2 crores in the opening weekend which included 0.60 crore on Friday, 0.70 crore on Saturday & 0.70 crore on Sunday. On weekdays, after a major drop, it collected 0.30 crore on Monday & 0.25 crore on Tuesday.

On Wednesday, Nargis Fakhri & Sachiin Joshi starrer faced further dip and minted 0.20 crore. With this, its 6 days total collection has become 2.75 crores. While Farhan Akhtar & Annu Kapoor’s The Fakir of Venice is struggling at the box office and raked the business of 0.97 crore in 6 days with 0.75 crore in the weekend, 0.10 crore on Monday, 0.07 crore on Tuesday & 0.05 crore on Wednesday.