As a precautionary measure to prevent the spread of coronavirus in India, all the theatres across the country are closed till 31st March 2020. Due to which, the film industry is going through an unwanted situation. All the recently released offerings are facing a heavy loss in business. 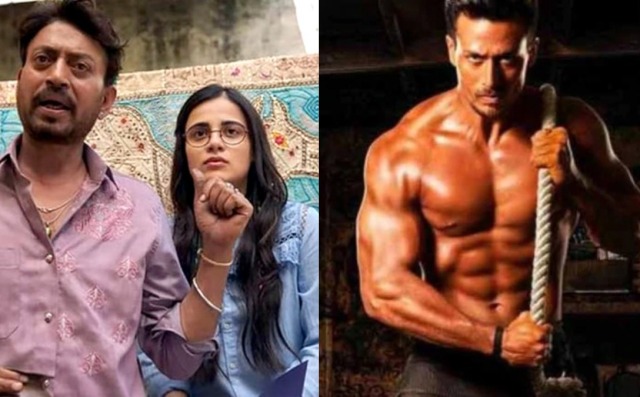 Irrfan Khan starrer the much-anticipated Angrezi Medium was released this Friday and received mixed reviews from critics, which made the situation worse for it. In the opening weekend, it did the business of only 9.72 crores with 4.03 crores on Friday, 3.14 crores on Saturday & 2.55 crores on Sunday.

Directed by Homi Adajania, now this Hindi comedy-drama is running on weekdays and expectedly, witnessed a big drop in footfalls. On Monday, the film got dropped by 83.14% vis-a-vis Sunday and collected 0.43 crore. After 4 days, its total collection was 10.15 crores. Then on Tuesday, no business was recorded due to a complete shutdown of theatres.

On the other hand, Tiger Shroff starrer action-thriller Baaghi 3 had a solid week-1 despite a mixed word of mouth but got crashed down now. In the first week, it had raked 90.67 crores that included 53.83 crores in the weekend and 36.84 crores on weekdays from 4400 screens.

Then in the second weekend, at a low note, Ahmed Khan’s directorial had scored 2.15 crores on Friday, 1.80 crores on Saturday & 1.85 crores on Sunday. On 2nd Monday, it had managed to collect 0.51 crores and raised its 11 days total collection to 97 crores. On 2nd Tuesday, all theatres including single as well as multi-screens were closed.