Salman Khan, Aayush Sharma, and debutante Mahima Makwana starrer action thriller Antim: The Final Truth has released in theatres on Friday – a day later than Satyameva Jayate 2. The film was opened to a slow note in the morning but managed to register a decent opening as multiplexes witnessed a jump post noon shows. 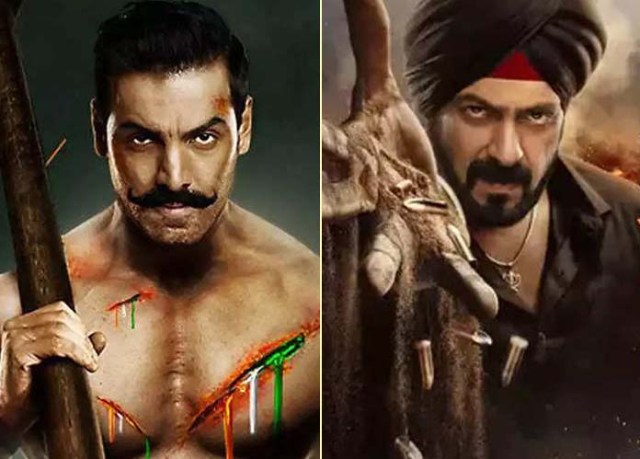 Directed by Mahesh Manjrekar, Antim: The Final Truth has received mixed but better reviews from critics as well as audiences than SMJ-2. On Friday, the film took a slow start in the morning across the country. Fortunately, being a first choice of the multiplex audience, it picked up later and registered a decent opening business of 5.03 crores nett which is higher than John Abraham’s new film.

Antim: The Final Truth may have superstar Salman Khan in a pivotal role, but its lead actor is Aayush Sharma. So considering the fact, opening numbers are decent enough and the good thing is that the multiplex audience is showing interest which will help it to grow over the weekend.

On the other hand, John Abraham and Divya Khosla Kumar starrer Satyameva Jayate 2 was released on Thursday to avert a direct clash with Antim: The Final Truth. Due to mixed word of mouth, the film remained low throughout its opening day and did a business of 3.60 crores from 2500 screens nationwide.

Directed by Milap Milan Zaveri, Satyameva Jayate 2 is relying only on single screens, as multiplexes are not contributing enough. On its second day i.e. Friday, the film has got affected by the new release and ended the day at 2 crores nett after a significant drop. After 2 days, the total collection of SMJ-2 has been recorded as 5.60 crores nett.