Superstar Salman Khan and Aayush Sharma starrer much-awaited film Antim: The Final Truth is leading ahead of Satyameva Jayate 2 at the box office despite releasing a day later. Due to the positive word of mouth, it has become the first choice of audience, while the other is facing rejection. This is the reason, 3 weeks back released Sooryavanshi still has enough audience in theatres. 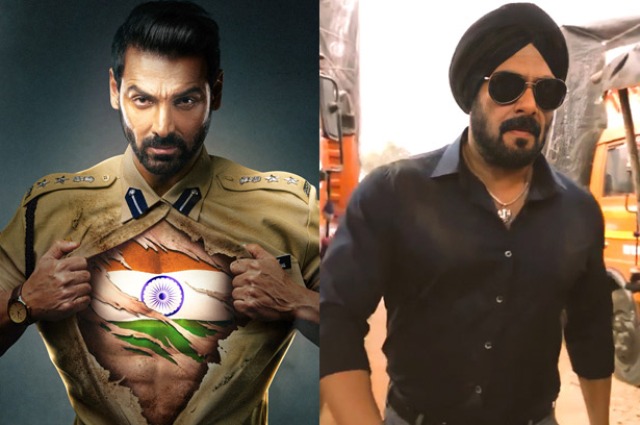 Directed by Mahesh Manjrekar, the action-drama Antim: The Final Truth has received mixed reviews from critics but most viewers are enjoying it. As a result, the film has gained positive word of mouth which is helping it to perform better than its direct competitor Satyameva Jayate 2. The good thing is, multiplexes are contributing well to its business, which is not the case with SMJ-2.

On Friday, Salman Khan Films’ production Antim was opened on a slow note but managed to pick up later and registered a decent opening business of 5.03 crores. On Saturday, the film recorded 19.88% growth and minted an amount of 6.03 crores. With this, it has put up a total of 11.06 crores nett at the domestic box office after 2 days.

On the other hand, John Abraham and Divya Khosla Kumar starrer Satyameva Jayate 2 has got failed to create the desired impact on viewers as well as the critics. Due to mixed word of mouth, the film was opened on a slow note on Thursday and did a business of 3.60 crores from 2500 screens across the country.

After the release of Antim, Milap Zaveri’s directorial film got affected badly and managed to collect only 2 crores on Friday with a huge drop. Then on Saturday as well, it didn’t show much growth and bagged an amount of 2.10 crores. After 3 days, its total collection has been recorded as 7.70 crores nett in India.