After a solid opening weekend, the Hollywood biggie Aquaman has entered on weekdays at a steady note. Despite being a foreign film & having several new plus existing offerings in its opposite, it is heading unaffectedly at the Indian box office with a good lead over them. 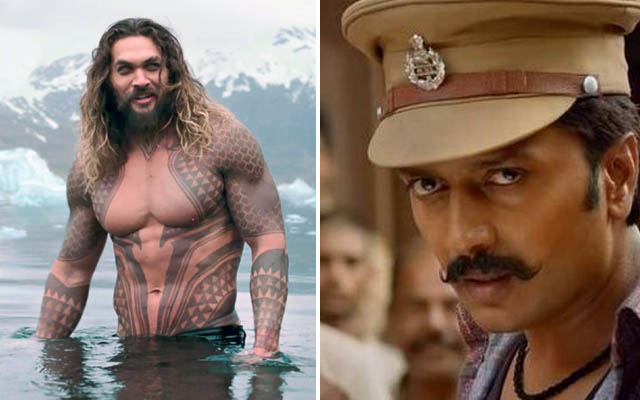 Jason Momoa & Amber Heard starrer Aquaman has received mostly positive reviews from the critics and getting a superb response from the Indian audience. With its stunning visuals & gripping story, James Wan’s directorial is making the desired impact on viewers.

After a good start, Warner Bros’ presentation remained strong throughout the weekend and did the business of 24 crores with 2 crores on Thursday from previews, 5.50 crores on Friday, 7.75 crores on Saturday & 8.75 crores on Sunday. On Monday, it managed to collect 3.50 crores and raised 4 days total collection to 27.50 crores nett.

Riteish Deshmukh & Saiyami Kher starrer Marathi action drama Mauli has also got succeed to gather positive feedback and registered a bumper opening. In the opening weekend, it did the business of 11 crores with 3.25 crores on Friday, 3.75 crores on Saturday & 4 crores on Sunday.

The sequel to 2014’s Marathi blockbuster Lai Bhaari, Mauli faced a usual drop in footfalls on Monday but still managed to remain steady and collected the amount of 2.25 crores. With this, its 4 days total collection has become 13.25 crores at the domestic box office.