The latest offering of Mulk director Anubhav Sinha, Article 15 is in theatres now and has taken a decent start at the box office. Due to having incredibly-running Kabir Singh in the opposite, it was quite tough for the new release to attract the major audience toward itself on the opening day. 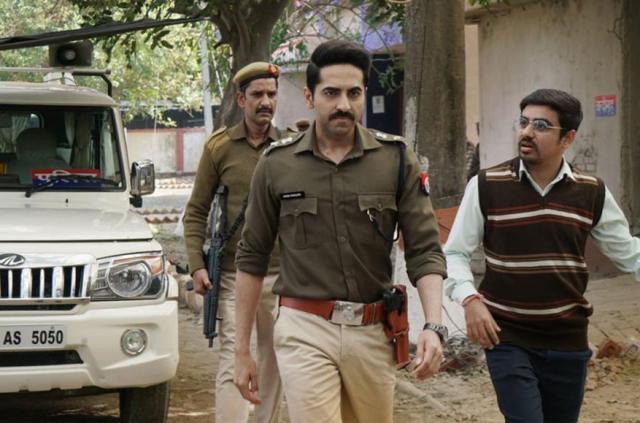 Ayushmann Khurrana, Isha Talwar, Sayani Gupta, Kumud Mishra & Manoj Pahwa starrer crime drama is one of the much-anticipated films of the year and expectedly got succeed to convince critics and received mostly positive reviews. But unfortunately, the audience is giving a mixed opinion about it.

On Friday, Article 15 took a slow start with only 10-15% occupancy in the morning. Over the evening and night shows, it showed a fair jump in footfalls and managed to register the business of 5.02 crores nett at the domestic box office from around 2000 screens.

Being a content-driven film, Zee Studios & Benaras Media Works’ presentation relies on word of mouth which seems mixed so far. But still, due to the presence of promising actor Ayushmann Khurrana, Article 15 will positively witness growth over the weekend.

Made with a budget of 35 crores, Anubhav Sinha’s directorial will have to perform well on weekdays also, so that it can recover the maximum amount within a week. Because from the next week, Marvel Studios’ Spiderman Far From Home will be there to rule the box office.