After a decent opening, the latest offering of Anubhav Sinha who had directed critically-acclaimed Mulk, Article 15 has remained the same throughout the weekend. Due to having last week’s Kabir Singh in the parallel & India vs England cricket match on Sunday, it has witnessed a significant dent in the business. 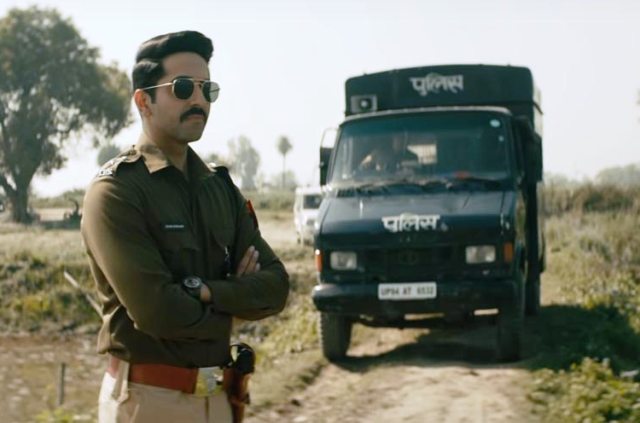 Starring Ayushmann Khurrana, Isha Talwar, Sayani Gupta, Kumud Mishra & Manoj Pahwa, the Hindi crime drama has impressed the critics & b-town celebs but unfortunately got failed to make the desired impact on the audience and as a result, it is getting mixed reactions.

Article 15 was released amid positive expectations but it took a slow start in the morning with 10-15% occupancy. Over the evening & night shows, it showed some improvement and managed to register the second highest opening of Ayushmann’s career with 5.02 crores.

Then on Saturday, expectedly, Zee Studios & Benaras Media Works’ production had recorded a good jump in footfalls and raked the business of 7.25 crores. On the next day i.e. Sunday, it got hit by the cricket match and bagged the amount of 7.77 crores.

After 3 days, the total collection of Article 15 has become 20.04 crores nett at the domestic box office from around 2000 screens. Ayushmann Khurrana starrer has to remain steady on weekdays so that it can recover the maximum of its budget within a week. Because from the next week, there will be Spiderman Far From Home to rule the multiplexes.