After a decent opening weekend, Mulk director Anubhav Sinha’s latest offering Article 15 has entered on weekdays at a steady note. The film is getting a good response from the audience in metro cities while the mass circuits are completely diverted toward the last week released Kabir Singh. 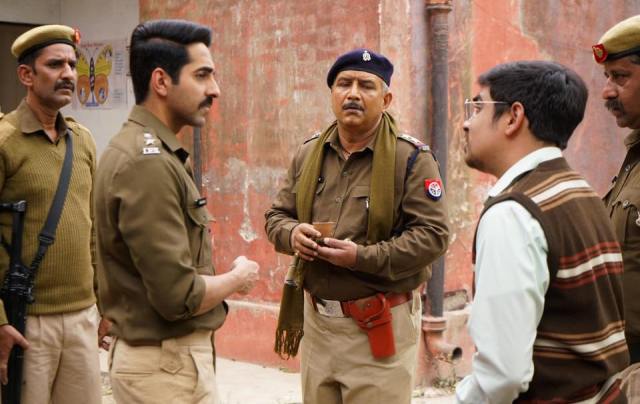 Starring Ayushmann Khurrana, Isha Talwar, Sayani Gupta, Kumud Mishra & Manoj Pahwa, the Hindi crime drama has got succeed to convince the critics and received mostly positive reviews but unexpectedly the audience doesn’t seem very much impressed and has a mixed opinion about the film.

On Friday, Article 15 was opened at a slow note in the morning. Post noon shows it showed some improvement in footfalls and had eventually registered a decent opening business of 5.02 crores, which is the second best opening of Ayushmann Khurrana’s career.

On Monday, Article 15 has reported a drop of 20.92% vis-a-vis Friday and minted the amount of 3.97 crores. With this, the total 4 days total collection of the film has become 24.01 crores nett at the domestic box office from around 2000 screens. As per the current trend, it is expected to go past 32 crores by the end of this week.