The latest Hindi offering Attack: Part 1 starring John Abraham, Jacqueline Fernandez, and Rakul Preet Singh, has unfortunately received a low response from the audience across the country and as a result, registered a dull opening weekend at the domestic box office. 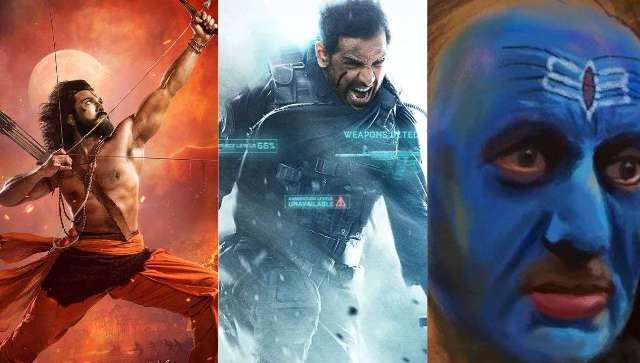 Directed by Lakshya Raj Anand, the sci-fi action film Attack: Part 1 opened on a slow note on Friday and did a business of 3.51 crores. By remaining almost flat over the weekend, it collected 3.75 crores on Saturday and 4.25 crores on Sunday. After 3 days, it has registered a total of 11.51 crores nett.

Whereas, SS Rajamouli’s period action drama RRR has remained the first choice of viewers in its second weekend as well despite the new releases- Attack and Morbius. In the first week, on a fantastic note, the Hindi version of the film did a business of 132.59 crores, which includes 74.50 crores at the weekend and 58.09 crores on weekdays.

On the 2nd Friday, RRR (Hindi) managed to remain rock-steady and minted an amount of 13.50 crores. On the 2nd Saturday, it took a big jump and collected 18 crores. With further growth, it raked a business of 20.50 crores and registered a 10-day total of 184.59 crores nett.

On the other hand, the biggest Hindi blockbuster of 2022 so far, The Kashmir Files is still performing well at the box office. On a phenomenal note, Vivek Ranjan Agnihotri’s directorial did a business of 97.30 crores in week 1, 110.03 crores in week 2, and 30.95 crores in week 3.

The Kashmir Files started its fourth weekend on a steady note and collected an amount of 1.50 crores on Friday. With a decent jump, it managed to garner 2.25 crores on Saturday, and 3 crores on Sunday. After 24 days, TKF has registered a total collection of 245.03 crores nett.