Since its release, the hugely-awaited Hollywood offering Avengers Endgame is running phenomenally at the box office across India and after registering a massive opening week, it has entered in the second week at a strong note despite a couple of new Hindi releases- Blank & Setters. 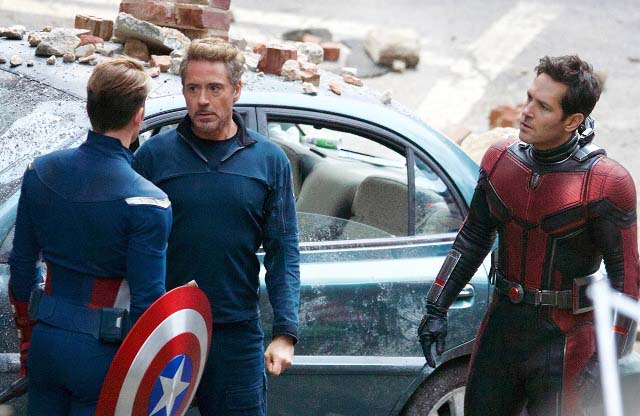 The 22nd installment in the Marvel Cinematic Universe, Avengers Endgame was opened at an earth-shattering note and emerged as the biggest Hollywood opener of all time in India. In the weekend, it did the business of 158.65 crores that included 53.60 crores on Friday, 52.20 crores on Saturday & 52.85 crores on Sunday.

Then on weekdays, the direct sequel to last year’s blockbuster Avengers Infinity War managed to collect the amount of 31.05 crores on Monday, 26.10 crores on Tuesday, 28.50 crores on Wednesday & 16.10 crores on Thursday. After a week, its total collection was recorded at 260.40 crores nett from 2845 screens nationwide.

Now Avengers Endgame has entered in its second week and started the weekend at a strong note. On 2nd Friday, the film witnessed some drop in footfalls as compared to the previous day and minted the amount of 12.50 crores. With this, its 8 days total collection has become 272.90 crores nett (324.88 crores gross).

Marvel Studios’ presentation has got succeed to impress everyone in theatres and gathered a solid word of mouth. As per the current trend, it is all set to rewrite the history by crossing the 300-crore mark at the Indian box office by the end of this weekend.