After giving the big blockbuster War last year, Tiger Shroff is back with the new biggie Baaghi 3 co-starring Shraddha Kapoor and Riteish Deshmukh to set the box office on fire. So far in this year, only Ajay Devgn’s Tanhaji has achieved that massive level, now this new Hindi offering is expected to emerge as the next. 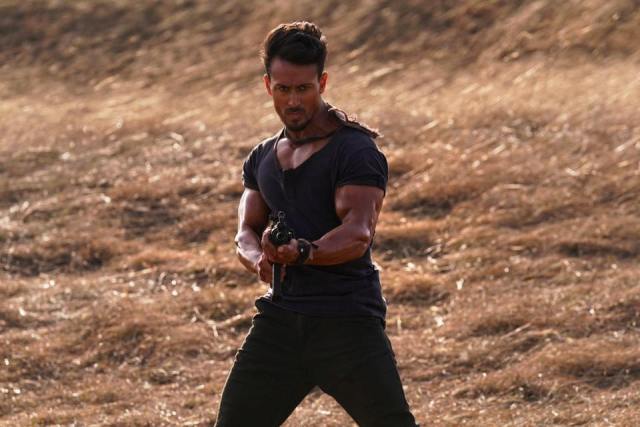 Directed by Ahmed Khan, the third instalment in the very successful Baaghi franchise has a solid buzz among the audience since its announcement was made in 2018 before the release of Baaghi 2. Now, when the d-day is here, one can sense the level of excitement.

Bankrolled by Sajid Nadiadwala & featuring Tiger Shroff in the lead role, the franchise was begun in 2016 with Baaghi, which was a success and was opened at 11.94 crores. The second film Baaghi 2 was released in 2018 and took a massive opening of 25.10 crores on Good Friday.

Tiger Shroff is one of the most successful young superstars in Bollywood, who has a high fan following among the audience. His last film War with superstar Hrithik Roshan had scored 53.35 crores on day one, which is the biggest opening of Hindi cinema so far.

As per the reports, Baaghi 3 has recorded a good but lower advance booking than Baaghi 2. Still, as the ticket pricing is higher & the hype is strong, the latest one is expected to open in an almost similar range of 23-25 crores nett at the domestic box office and become the biggest opener of the year 2020 so far.