Having no big Bollywood star being associated, the low-budget film, The Kashmir Files has entered the 200-crore club at the domestic box office within just 13 days of its release, and also emerged as the highest-grossing Hindi film post-pandemic period by surpassing the lifetime total of Sooryavanshi (196 crores). 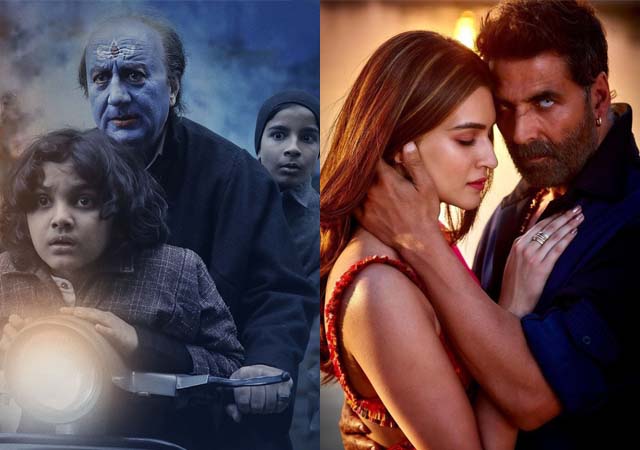 Directed by Vivek Ranjan Agnihotri, the historical drama based on true events, The Kashmir Files has created history at the box office. The film has single-handedly wiped out two biggies- Bachchhan Paandey and Radhe Shyam (Hindi). In the first week, it did a business of 97.30 crores, while collected 70.15 crores in the second weekend.

Then on weekdays as well, TKF maintained the pace and minted an amount of 12.40 crores on Monday, 10.25 crores on Tuesday, and 10.03 crores on Wednesday. With a decline, it managed to collect 7.20 crores on Thursday and has registered a 2-week total collection of 207.33 crores nett from India. At the worldwide box office, it has grossed 236.90 crores in 14 days. The Kashmir Files Box Office Collection (Day-Wise)

On the other hand, the much-awaited Bachchhan Paandey has unfortunately failed to take its place due to The Kashmir Files wave. The masala entertainer starring Akshay Kumar, Kriti Sanon, Jacqueline Fernandez, and Arshad Warsi, remained the second choice of viewers and completed a week on an unsatisfactory note.

With SS Rajamouli’s much-awaited RRR releasing in theatres on 25 March 2022, it will be more difficult for Bachchhan Paandey to survive at the box office but The Kashmir Files may spoil the game for the new offering in the Hindi belt. Reportedly, the advance for the Hindi version of RRR is not very exciting as of now.