Half a month back released Hindi film Badhaai Ho has completed 2 weeks journey at the box office on a phenomenal note. After a fantastic first week, it remained strong throughout in its second week as well despite a bunch of new offerings and now all set to join the 100-crore club within fewer days. 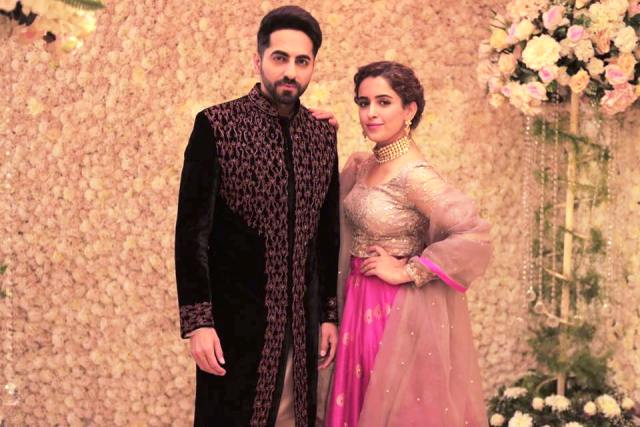 Jointly produced by Junglee Pictures & Chrome Pictures, quirky comedy-drama Badhaai Ho has successfully entertained everyone and gained a solid word of mouth. As a result, it did the business of 66.10 crores in the 8-days extended opening week that included 45.70 crores of the 4-days weekend and 20.40 crores of weekdays.

At a positive note, Ayushmann Khurrana & Sanya Malhotra starrer showed superb performance in the second weekend. On 2nd Friday, it did the business of 3.40 crores after a slight drop than the previous day. Then it witnessed a remarkable jump and minted 6.60 crores on 2nd Saturday & 8.15 crores on 2nd Sunday.

On weekdays, as usual, Badhaai Ho recorded a drop but still remained steady. On 2nd Monday, the film collected the amount of 2.60 crores after a decline of 23.53% than 2nd Friday. With further decrement, it garnered 2.50 crores on 2nd Tuesday & 2.35 crores on 2nd Wednesday.

On the next day i.e. 3rd Thursday, Amit Sharma’s directorial took a surprise jump and bagged the amount of 2.55 crores. With this, the total collection of Badhaai Ho after 15 days, has become 94.25 crores at the domestic box office. As there is no major release this Friday, so it will have another less-interrupted week to enjoy.