After the two successful weeks, Hindi comedy-drama Badhaai Ho has passed the third week as well on an excellent note and has become the biggest comedy of the year so far by surpassing the lifetime total of Sonu Ke Titu Ki Sweety (108.95 crores). Although now it has slowed down due to the release of highly-awaited Thugs Of Hindostan. 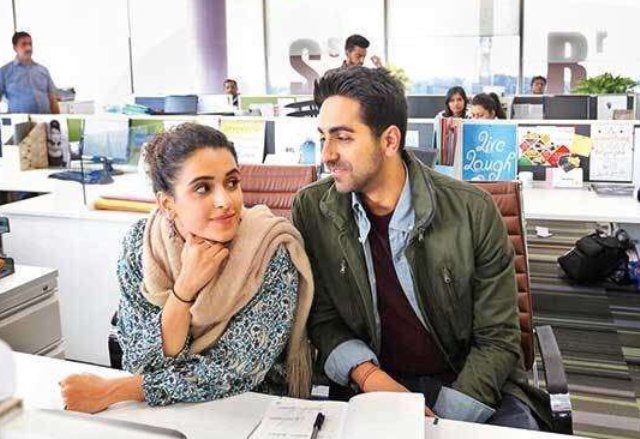 Starring Ayushmann Khurrana, Sanya Malhotra, Neena Gupta & Gajraj Rao, Badhaai Ho has entertained many in theaters and received positive reviews from everyone. As a result, it gained solid word of mouth and did the business of 66.10 crores in the 8-days extended first week.

In the second week also, it remained strong despite several new releases and raked the business of 28.15 crores. After 2 weeks, the total collection of Junglee Pictures & Chrome Pictures’ presentation was recorded at 94.25 crores at the domestic box office.

On Diwali i.e. 3rd Wednesday, Amit Sharma’s directorial witnessed a considerable drop in footfalls and scored 1.25 crores. While on 4th Thursday, on a similar note despite TOH, it bagged the amount of 1.35 crore and raised 22 days total collection to 109.60 crores.