A couple of weeks back released Badla has entered in its third week at a steady note despite the release of biggie Kesari this weekend. While the other existing offerings like Luka Chuppi & Total Dhamaal have got affected and recorded a sudden drop in their business graph. 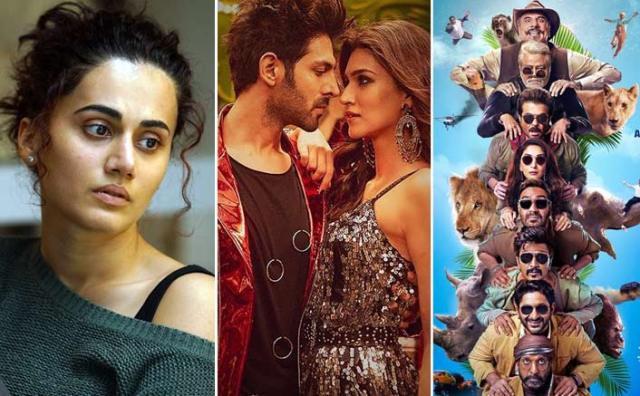 Starring megastar Amitabh Bachchan & Taapsee Pannu together for the second time, Hindi thriller drama Badla has already surpassed the lifetime total of their first collaboration Pink. With positive word of mouth, the film did the business of 38 crores in the first week & 29.32 crores in the second.

On 3rd Friday, Sujoy Ghosh’ directorial recorded a slight drop and minted the amount of 2.07 crores. On the next day i.e. 3rd Saturday, Badla picked up well and bagged the amount of 2.65 crores. After 16 days, its total collection has become 72.04 crores nett at the domestic box office.

In parallel, three weeks back released Luka Chuppi has started its 4th week on an average note and minted the amount of 0.61 crore on 4th Friday. With a limited jump, it managed to collect 0.81 crore on 4th Saturday and raised 23 days total collection to 88.41 crores nett with 86.99 crores from the last 3 weeks.

On the other hand, almost a month back released, Total Dhamaal has now slowed down and started the 5th week on a low note. On 5th Friday, Ajay Devgn starrer minted the amount of 0.30 crore, while 0.40 crore on 5th Saturday. After 29 days, its total collection has become 152.76 crores nett with 152.06 crores from the last 4 weeks.