After an excellent opening weekend, Amitabh Bachchan & Taapsee Pannu starrer Badla has successfully remained strong on weekdays as well and registered a solid business in a week at the box office. Despite having a biggie Captain Marvel in its parallel, the Hindi thriller drama performed superbly well in multiplexes. 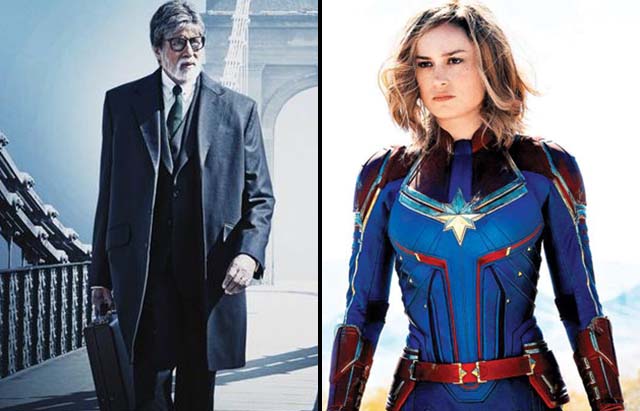 Directed by Sujoy Ghosh, Badla has brought Amitabh & Taapsee together for the second time after 2016’s critically acclaimed Pink and once again both have proved their mettle. Due to strong word of mouth, the film did the business of 23.20 crores in the weekend which included 5.04 crores on Friday, 8.55 crores on Saturday & 9.61 crores on Sunday.

On weekdays, Red Chillies Entertainment & Azure Entertainment’s production witnessed a normal drop and managed to collect the amount of 3.75 crores on Monday, 3.85 crores on Tuesday & 3.55 crores on Wednesday. On Thursday, at a similar note, it minted 3.65 crores and raised one week total collection to 38 crores at the domestic box office from 900 screens.

In parallel, the highly-awaited Hollywood film Captain Marvel has got succeed to make the right buzz among Indian audience despite mixed reactions from the critics. In the weekend, it did the business of 40.71 crores with 13.01 crores on Friday, 14.10 crores on Saturday & 13.60 crores on Sunday.

On weekdays, after a significant drop in footfalls, Marvel Studios’ production bagged the amount of 4.87 crores on Monday, 4.13 crores on Tuesday & 3.55 crores on Wednesday. On the next day i.e. Thursday, Captain Marvel scored 3.15 crores and raised its 7 days total collection to 56.41 crores from 1900 screens across India.