After an excellent opening weekend, the Hindi thriller drama Badla has crucial Monday at a good note despite having a biggie Captain Marvel in its parallel along with existing Hindi offerings like Total Dhamaal & Luka Chuppi. The film has impressed everyone with its solid content and brilliant performance given by the leading actors. 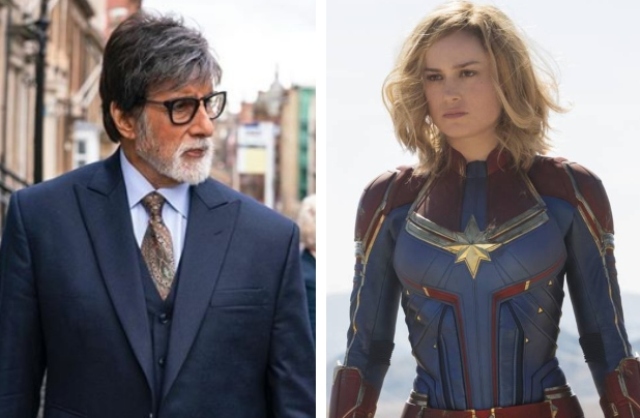 Directed by the very promising Sujoy Ghosh, Amitabh Bachchan & Taapsee Pannu starrer has expectedly received positive reviews from the critics as well as the audience and gathered a superb word of mouth. As a result, it did the business of 23.20 crores in the weekend with 5.04 crores on Friday, 8.55 crores on Saturday & 9.61 crores on Sunday.

Produced by Red Chillies Entertainment & Azure Entertainment, Badla has now entered in weekdays and as usual, witnessed a significant drop in footfalls but still has a good hold over the audience. On Monday, after a drop of 25.60% vis-a-vis Friday, it minted 3.75 crores and raised 4 days total collection to 26.95 crores nett from 900 screens at the domestic box office.

On the other hand, the hugely-buzzed Hollywood film Captain Marvel has got succeed to hit the target right among Indian audience despite the mixed reactions. After a solid opening, it remained strong throughout the opening weekend and did the business of 40.71 crores which included 13.01 crores on Friday, 14.10 crores on Saturday & 13.60 crores on Sunday.

Brie Larson starrer 21st film in the Marvel Cinematic Universe has now entered in weekdays and still getting a good response from metro cities. On Monday, Captain Marvel faced a drop of 62.57% vis-a-vis Friday and bagged the amount of 4.87 crores. After 4 days, its total collection has become 45.58 crores nett from 1900 screens in India.