This Friday released, Amitabh Bachchan & Taapsee Pannu starrer Badla has taken a decent start at the box office despite positive feedback. While the Hollywood offering Captain Marvel has received a terrific response from the audience in metro cities across India and registered an excellent opening. 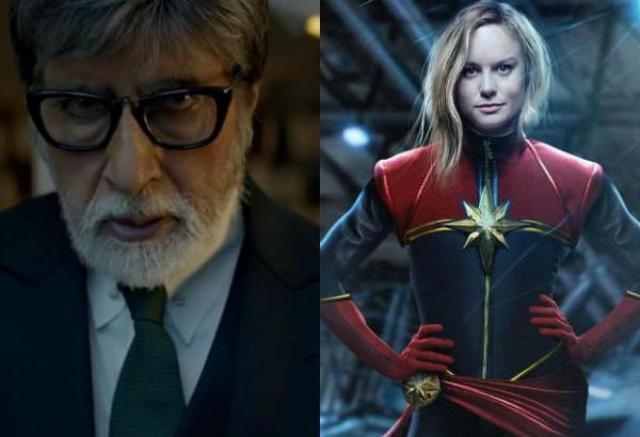 Directed by Sujoy Ghosh, the thriller drama has expectedly received positive reviews from the critics as well as the audience and gathered a good word of mouth. But still, due to the presence of mammoth in parallel, it remained underperformed on the opening day.

On Friday, Badla opened with an occupancy of only 15% in the morning and recorded decent growth in footfalls over the evening and night shows. In the end, it registered the business of 5.04 crores nett from around 900 screens. As the word of mouth is positive, the film is expected to take a fair jump over the weekend.

On the other hand, the 21st film in the Marvel Cinematic Universe, Captain Marvel has received mixed reviews from the critics but got succeed to entertain the audience. Despite having the newly released Badla & other existing Hindi films in the opposite, it remained strong through the day.