After a decent opening on Friday, the anticipated film Badla has shown a healthy jump on Saturday in multiplexes across India. Despite having the hugely-buzzed Captain Marvel in its parallel, the Hindi thriller drama got succeed to make its place at the box office because of strong content. 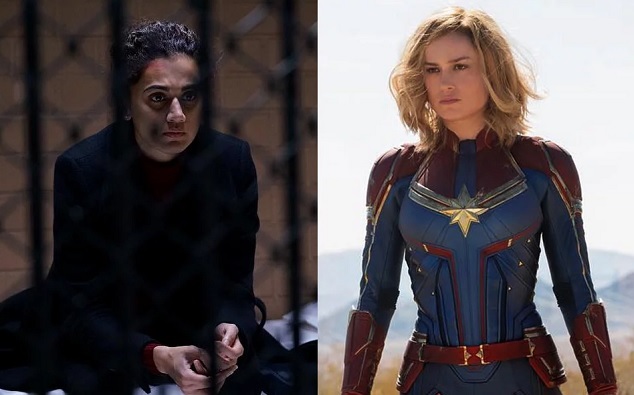 Directed by Sujoy Ghosh, Badla has expectedly received positive reviews from the critics as well as the audience and gathered a good word of mouth. The leading actors Amitabh Bachchan & Taapsee Pannu are being appreciated by everyone for their brilliant performance in the film.

On the first day, Red Chillies Entertainment & Azure Entertainment’s production took a dull start but recorded a significant growth post noon shows and did the business of 5.04 crores. On Saturday, after a superb jump of 69.64%, Badla bagged the amount of 8.55 crores and raised 2 days total collection to 13.59 crores nett from 900 screens nationwide.

On the other hand, the highly-awaited Marvel Studios’ presentation Captain Marvel has hit the target right among the Indian audience and received mostly positive from the critics. On Friday, it was opened at a great note in metro cities and did the solid business of 13.01 crores.

With this, Brie Larson starrer has emerged as the second highest Hollywood opener of all time at the Indian box office by dominating Fast & Furious 7 (12.30 crores). On Saturday as well, Captain Marvel remained strong and scored 14.10 crores. After 2 days, its total collection has become 27.11 crores nett from 1900 screens.