Superstar Akshay Kumar’s latest offering Bell Bottom had a slow start at the box office but eventually managed to register a decent first week. In the second week as well, the film is having a steady run despite the new Hindi release Chehre starring Amitabh Bachchan and Emraan Hashmi. 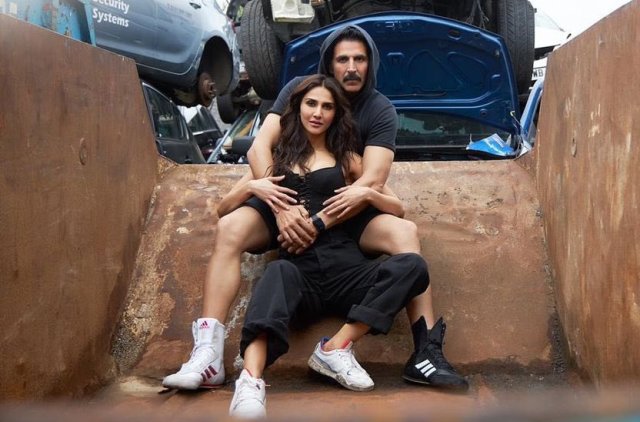 The Hindi spy-thriller Bell Bottom was opened at a dull note and reported lower opening numbers than Roohi (3.06 crores) and Mumbai Saga (2.82 crores). Over the weekend, with an upward trend, it managed to collect 12.80 crores including 2.75 crores on Thursday, 2.65 crores on Friday, 3 crores on Saturday, and 4.40 crores on Sunday.

Then on weekdays, Ranjit M Tewari’s directorial remained steady at a lower side and raked the business of 1.90 crores on Monday, 1.60 crores on Tuesday, 1.30 crores on Wednesday, and 1.15 crores on 2nd Thursday. After the extended 8-day first week, the total collection of the film was recorded at 18.75 crores nett from around 1620 screens across India.

Now, Bell Bottom has a new Hindi thriller film Chehre in the opposite and started the second week on an average note by collecting 0.80 crore on the 2nd Friday. On the next day i.e. 2nd Saturday, it showed little jump and minted the amount of 1.10 crores.

Then on the 2nd Sunday, with further growth, Bell Bottom managed to bag the amount of 2.46 crores which is decent. After the 2nd weekend, the total 11 days collection of the film has become 23.11 crores nett (27.51 crores gross) at the domestic box office. At the worldwide box office, it has grossed approx. 38 crores so far.