After a long time drought, finally, a big Bollywood film is premiering in cinemas on 19 August 2021 to revive the box office. Yes, superstar Akshay Kumar has taken the initiative to unlock cinemas with his much-anticipated spy-thriller film Bell Bottom. Directed by Ranjit M Tewari, the film is inspired by real-life hijacking events in India by Khalistani separatists during the 1980s. 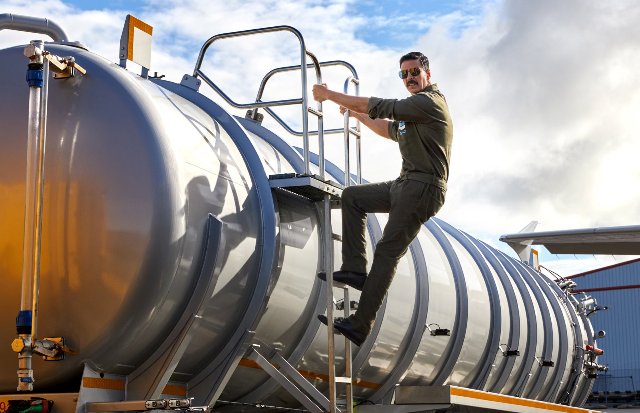 Produced by Pooja Entertainment, Bell Bottom co-stars Vaani Kapoor, Huma Qureshi & Lara Dutta. The film has been promoted quite well and has a good pre-release buzz because of its promising trailer and of course, Akshay is there. Despite restrictions in theatres and no-shows in Maharashtra, trade analysts are quite positive about the performance of the film at the box office.

Currently, not all the theatres across the country are operational, and which are open, are functioning at 50% capacity and also there is a cap on night shows. Maharashtra that contributes massively to the business of films is still closed, but someone had to break the ice and producers Vashu Bhagnani, Jackky Bhagnani, Deepshikha Deshmukh & Nikhil Advani showed that courage.

Bell Bottom is the first Bollywood biggie to hit big screens ever since the pandemic started. With all the restrictions, limited screens & other factors like the Thursday release, Akshay Kumar starrer is expected to take the opening of approximately 5-6 crores nett at the domestic box office, which is good in this Covid situation.

Early reviews from the critics are very positive, and if it gets succeed to create the same impact on viewers then surely it will have an excellent 4-day opening weekend with a business of around 23-25 crores nett.