The only notable but low-buzzed Hindi release of this week Bhaiaji Superhit has taken a dull start at the box office. After last week’s Mohalla Assi, actor Sunny Deol is back again with his new offering which is an action comedy, co-stars Preity Zinta, Arshad Warsi, Shreyas Talpade & Ameesha Patel. 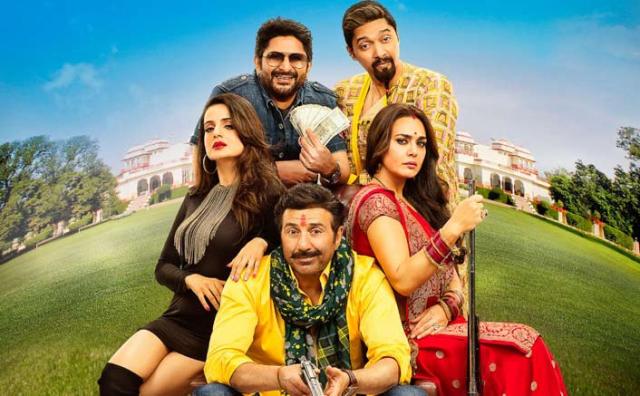 Directed by Neerraj Pathak, Bhaiaji Superhit has received mixed reviews from the critics and got failed to attract enough audience toward theaters. The movie’s story-line doesn’t look fresh as it took several years to get released after the completion, but Sunny Deol is a surprise package this time.

On Friday Zee Studios’ presentation opened on a dull note despite a holiday on accounts of Guru Nanak Jayanti. Although, with the support of fans, it managed to register the opening business of 1.10 crores at the domestic box office which is lower than Sunny Deol’s Yamla Pagla Deewana Phir Se (1.82 crores).

Due to mixed feedback, Bhaiaji Superhit doesn’t seem able to take a good jump over the weekend. Also, as many are just looking forward to the magnum opus 2.0, which is set to release coming Thursday on 29 November 2018, so this action-comedy has only 6 days to show its potential.

Sunny Deol’s last week released Mohalla Assi was also an old project which is screening now after a very long delay. In the first week, Chandraprakash Dwivedi’s directorial did the business of 1.60 crores in opposite to the critically acclaimed Pihu (2.50 crores).