After a below-average opening weekend, longtime-parked Hindi action-comedy Bhaiaji Superhit got dropped abruptly on weekdays and has completed a week on an overall dull note. Despite starring Sunny Deol & Preity Zinta in lead roles, it got failed to divert enough audience toward itself. 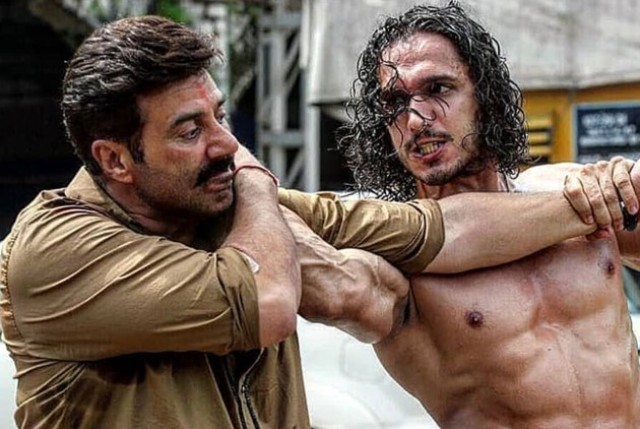 Directed by Neerraj Pathak, Bhaiaji Superhit that also stars Arshad Warsi, Shreyas Talpade & Ameesha Patel, received unfavorable reviews from the critics as well as the audience due to its years-old story-line. As a result, it gained no word of mouth and remained unnoticed by many

Because of the limited promotions, Zee Studios & Metro Movies’ presentation was released silently and recorded a poor opening. Over the weekend with some growth, it registered the business of 4.30 crores, that included 1.20 crores on Friday, 1.10 crores on Saturday & 2 crores on Sunday.

Then on weekdays, as usual, Bhaiaji Superhit witnessed a sudden drop in footfalls and minted the amount of 0.70 crore on Monday, 0.75 crore on Tuesday & 0.50 crore on Wednesday. On the next day i.e. Thursday, due to the release of biggie 2.0, it managed to collect only 0.20 crore.

With this, the total collection of Sunny Deol starrer after a week has become 6.45 crores at the domestic box office. Now it’s almost an end for the journey of Bhaiaji Superhit, as Rajinikanth-Akshay Kumar starrer biggest sci-fi thriller has diverted the entire audience toward itself now.