After an underwhelming start at the box office, the Hindi creature comedy Bhediya managed to show significant growth over the weekend due to positive word of mouth and registered a decent 3-day total. While the last week released Drishyam 2 remained the first choice of viewers and surpassed the lifetime total of Singham Returns (141 crores) in just 10 days. 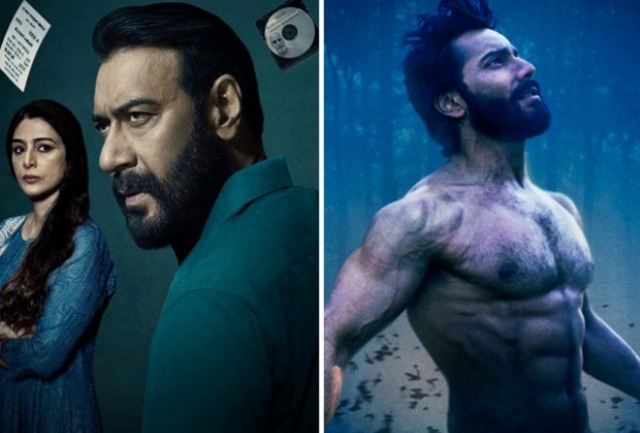 Featuring Varun Dhawan, Kriti Sanon, Abhishek Banerjee and Deepak Dobariyal, Bhediya has received positive reactions from many critics as well as the audience owing to its very well-executed storyline backed by commendable performances from the leading actors and superb VFX.

Directed by Amar Kaushik, Bhediya took a slow start in the morning on Friday and reported a business of 7.48 crores nett at the end. On Saturday, the film showed a jump of 27.94% and minted 9.57 crores. Then on Sunday with further growth, it bagged 11.50 crores and registered a 3-day total of 28.55 crores nett at the domestic box office.

On the other hand, Ajay Devgn, Tabu, Akshaye Khanna, and Shriya Saran starrer Drishyam 2 is heading strongly in the second week as well after an outstanding first week of a total of 104.66 crores nett with 3302 screens across India. On the 2nd Friday, the film stayed rock-steady and minted 7.87 crores.

Directed by Abhishek Pathak, Drishyam 2 showed massive growth on the 2nd Saturday and managed to collect 14.05 crores. With a further jump, it garnered 17.32 crores on the 2nd Sunday and took its 10-day total collection to 143.90 crores nett. As per the current trend, Drishyam 2 is likely to dominate Bhediya on weekdays as well.